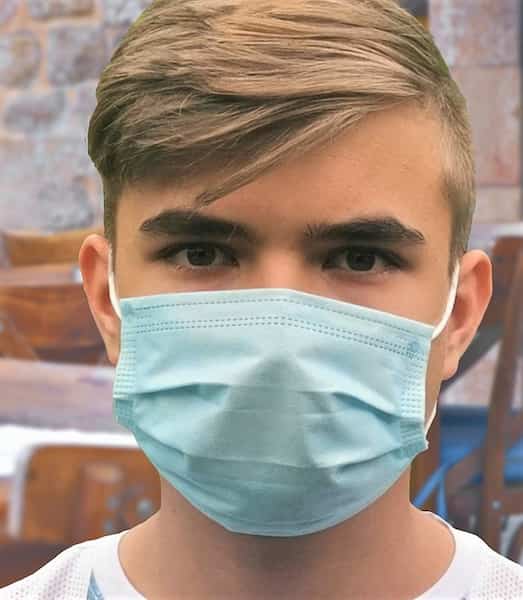 So, we have a new decree. Actually not very new, it’s been around for more than a month. Face coverage is mandatory. First, it was only after 6 pm., but then they changed it to be in force all day around. You can take it off if you’re jogging in the park, if you’re riding your bike, or if you’re doing any other physically demanding activity. You should always keep it with you though so that you can put it on immediately if someone is closing in on you.

In Italy, face mask rules are a bit confusing. If you are cycling in the city, maybe you should put on your mask if you stop at a traffic light and there are other cyclists close to you… Or not. How many and how close is up to interpretation. And the difference between walking on the grass-strip on the other side of the street, and running in the huge forrest outside the city, isn’t easy to understand.

Anyway, what they’re trying to avoid are big crowds of mostly young people outside of bars and other establishments, drinking, talking, and having a good time. (… You can drink and chat but do not dare to have a good time. That would bring us all down.) There have been many of those situations this summer, and the authorities want to make sure the spread in those circumstances is stopped. Because the disease is accelerating. In just a month or two, Italy has gone from one of the countries that were best off in this second wave, to a truly unsustainable situation.

I remember back in spring… I saw an interview with doctor Kim Woo-Ju, Professor in infectious diseases in South Korea. He was talking about the importance of face coverage, and why we, in the west, didn’t use it. Because at the beginning of the pandemic, not many western countries recommended their citizens to wear masks.

He said that in the west, it’s not in the everyday culture to wear a face mask. In China, Korea, Japan, and other countries in the east, wearing a face mask is normal even under normal circumstances.He argued that maybe the reason for the reluctance to recommend face coverage in the west was that we needed the masks for our medical personnel. In March and April, there actually was a huge shortage of all kinds of PPE all over the world.

I remember not one, but almost all of the western state immunologists and medical authorities, not recommending face masks. The masks were exclusively for doctors and nurses. Normal people should NOT wear a face covering.

The reason for this probably was just that, according to doc. Woo-Ju. The PPE should be reserved for the hospitals. 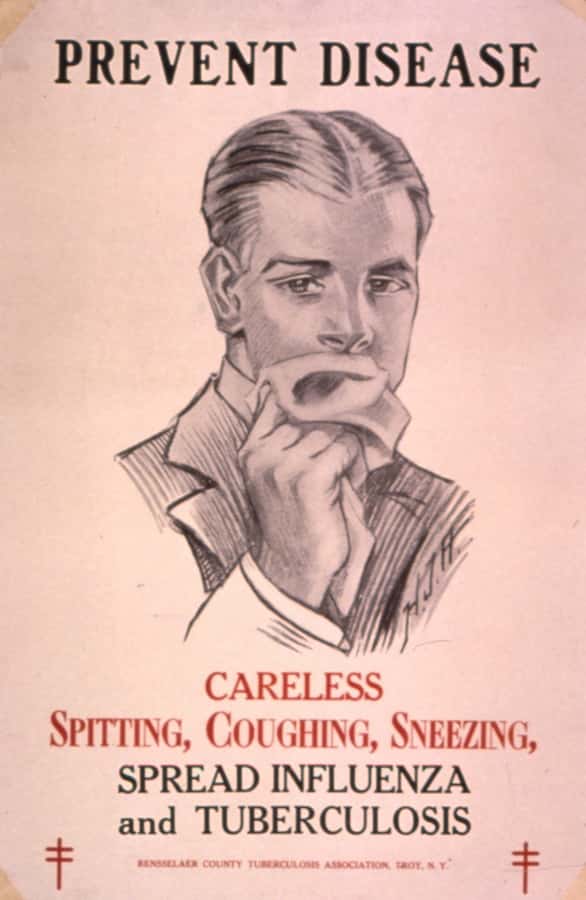 It was not because face masks didn’t help normal people. Because they do help. And it’s not really a very disputable idea. It’s something we’ve known for decades… Even centuries.

In 2003 there was another Covid-epidemic, the SARS. More deadly but less contagious. It could have been called SARS CoV-1 as it was a sister-virus to the present Coronavirus. That disease has been studied for years and the consensus among scientists is that the main indoor transmission occured through aerosols, it was mainly airborne. Read this excellent article about airborne transmission.

And you can go even further back. Doctors have had an idea of the air around a sick person as foul, and contagious, for centuries. It was seemingly obvious, already in the beginning of 1900, that the one and only disease that has killed more people in human history than any other, Tuberculosis, spread through coughing and sneezing.

And in Venice, the rampant Black Plague hit the city no less than 69 times between 1348 till 1799. Every time with unspeakable sufferings for the people of the city. In those days the microorganisms weren’t known. Bacterias, let alone viruses, were yet to be discovered, and more or less the only cure they had was to build churches and pray. Still, they knew two things:

1. The body of the sick or the dead was contagious. You mustn’t touch anything, and the bodies were burnt, not just buried.

2. The air around the bodies was contagious. 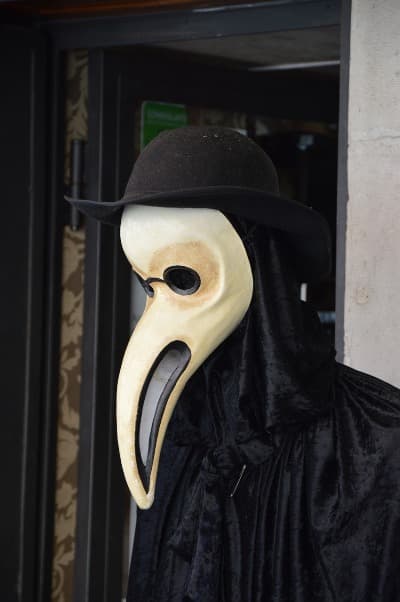 The Doctors Mask – A tourist-trap

One of the most famous symbols of Venice is the doctors mask, a white, complete face covering with a long nose. Inside the cavity of the nose of the mask they stuffed herbs, soaked with oils, and tinctures, to prevent the air surrounding the sick from reaching the mouth or nose of the doctor.
This probably made the examination of the patient more bearable for the doctor, as he smelled the herbs instead of the stench from the disease. But still, it probably had some effect on preventing the bacterias present in the air from reaching the mucus membrane of the doctor.

So, if they had a fair idea of what a face mask does and what it’s good for, already back in the middle ages, why do we still doubt the utility of it today?

I’d say it’s the same reason  we have fashion or trends. We want to be accepted, agnolished, in-line, and maybe admired. We absolutely do not want to be laughed at and pointed at…

–   Look at that moron there… He’s not wearing a mask.

Italy and Sweden are dealing with exactly the same disease. Sweden has taken a slightly different path but the main issues are exactly the same… Stay away from other people, try to limit the spread of droplets, ventilate, and wash your hands. Still, in Sweden practically nobody uses a face mask, while in Italy everybody uses a face mask. The distancing, and the hand-washing is pretty much the same. The ventilation is bad in both countries, cause we’re in autumn with winds and rains and no one wants to be cold.

But boy, the use of face masks is completely different. There are light years between the two countries’ approach to covering or not covering the nose and mouth. The difference is not so much among the scientists, as among ordinary people and politicians.

… And is not about Sweden and Italy, it’s about all of us.

It’s absolutely wrong to point at individual countries, and maybe the mask wearing in Italy and Sweden doesn’t matter in a hundred years from now, but it made me reflect. It made me think about why the stupid face mask is so darn difficult, so politicized, and so full of presumptions.

Now, are we so tied up in conventions, political correctness, and everyday habits that we can’t see the facts as they stand? Are we so locked in on what we are used to, that we can’t even take one small step off the straight path? And if so, isn’t that a huge problem when it comes to the human capability of resolving the truly big problems that we all have to face for the survival of this planet and the people on it?

Do we determine were we go, or do we just follow? 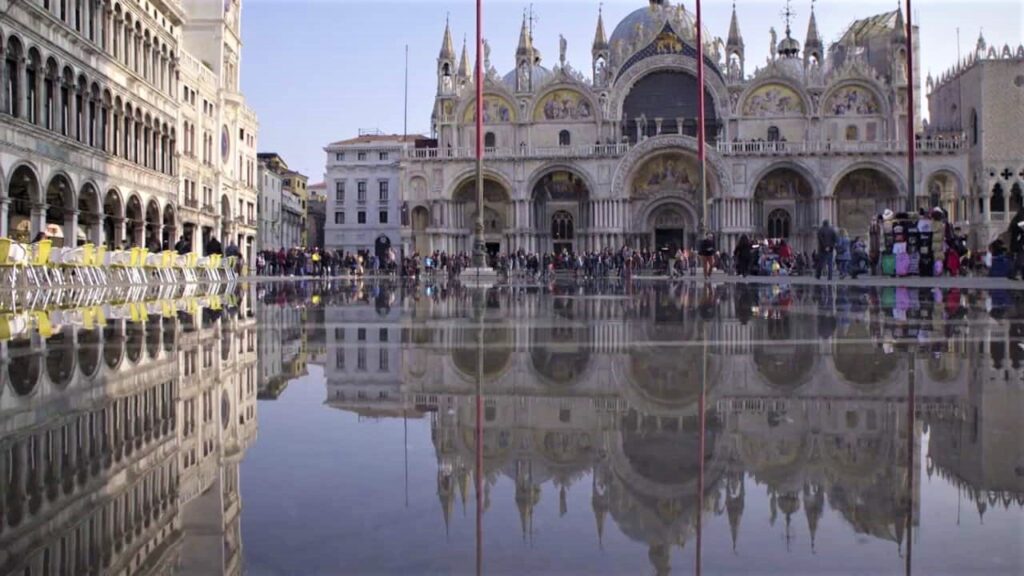 2 thoughts on “What it is with the face masks?”