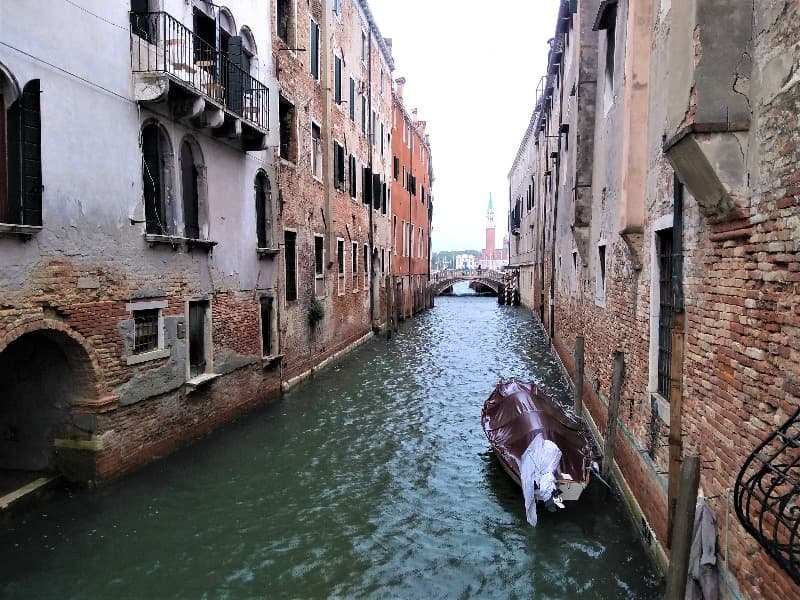 Orio and the Mermaid

Orio and the mermaid is a story about a love so strong that it defies even ultimate farewell. It happened in Venice many, many years ago. It was regarded as a miracle then and it is so even today, when told from mother to daughter, from father to son in the shadows of the Venetian night…

This is how it goes…

A young fisherman lived in Castello in Venice. There he had a small house, a cat, and all the things you could possibly need for fishing. Every day he went down to the quay at Riva degli Schiavoni. At that time there were no tourists, no souvenir kiosks, and no exclusive restaurants there. The truth is, there wasn’t much of a quay either. It was more of a beach. Anyway, the fisherman’s name was Orio and every day he went out to fish. Often he came back with a good catch. Sometimes not as good and on occasions, he got nothing at all.

One day, when he was fishing off the Lido island and threw his nets in the vicinity of Malamocco, he suddenly felt something very strong pulling his lines. At first, he became scared, but soon he realized that he had caught something really big. After a while, he got the net close to the boat and a large figure appeared in the dark water.
– This gotta be a tuna, he thought when a woman’s face shot out of the water.
– Please, please, said the stunningly beautiful girl, let me loose. 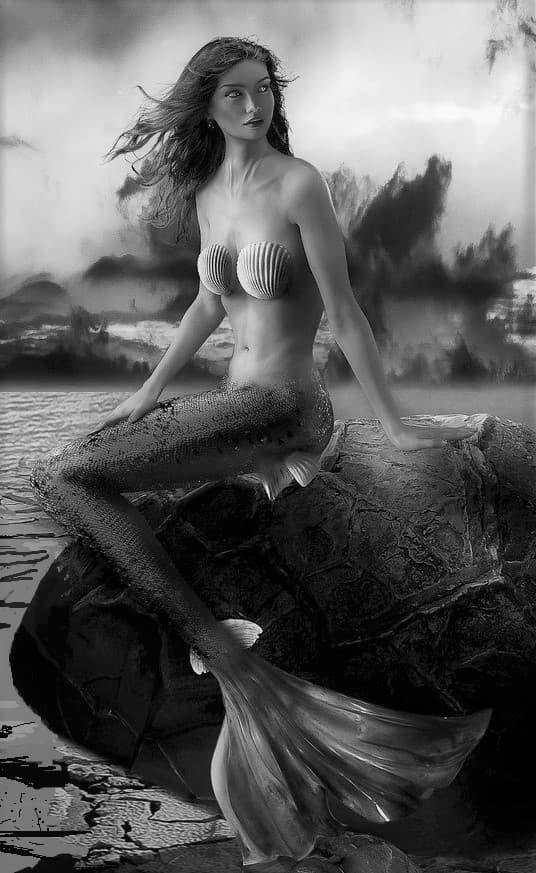 Orio didn’t know much from books or about the wonders of the world, but he was knowledgeable about the mysteries of the ocean. And he immediately realized that the deep, dark eyes that looked into him belonged to a mermaid.
– Who are you? he asked.
And the girl told him that her name was Melusina and that she was stuck in his net and was desperate because she couldn’t get away, and swim back down into the depths.
– You’re sure, you are not a witch who fell off the broom and plumbed into the sea? Orio wondered with a smile as he freed her.
Melusina blushed and returned the smile. Then she told him a little about herself and Orio told her a little about his simple life and before they knew it the sun was setting and the fisherman had to return.

That’s how it happened that the two fell in love. Every day except on Saturdays they met there in the sea or on some remote beach. At that time there were such things in Venice. Melusina became more beautiful every day and even Orio had a shimmering about him as no one had seen before.
Saturdays were forbidden. Orio didn’t really understand why. Melusina had explained that they could meet where and when he wanted except on Saturdays and that disturbed him. Young, eager and jealous as he was, he went out to Malamocco on a Saturday night, and after waiting the whole evening something finally came swimming in the water. It was a snake, a big water snake.
– So you came anyway? it spoke with Melusina’s warm voice.
She explained that a curse forced her to turn into a snake every Saturday. But she also said that if he married her, the spell would be broken.

Never had Venice seen a  wedding like that of Orio and his mermaid.

The wedding was held a month later. Venice had rarely seen such a happy and beautiful couple and everyone wished them a long and prosperous life. And actually, now a period of mere prosperity and joy began. Orio and the mermaid loved each other so much. Every day Orio went out to fish while Melusina took care of the house and the children. Because with time they had three well-behaved and talented children. 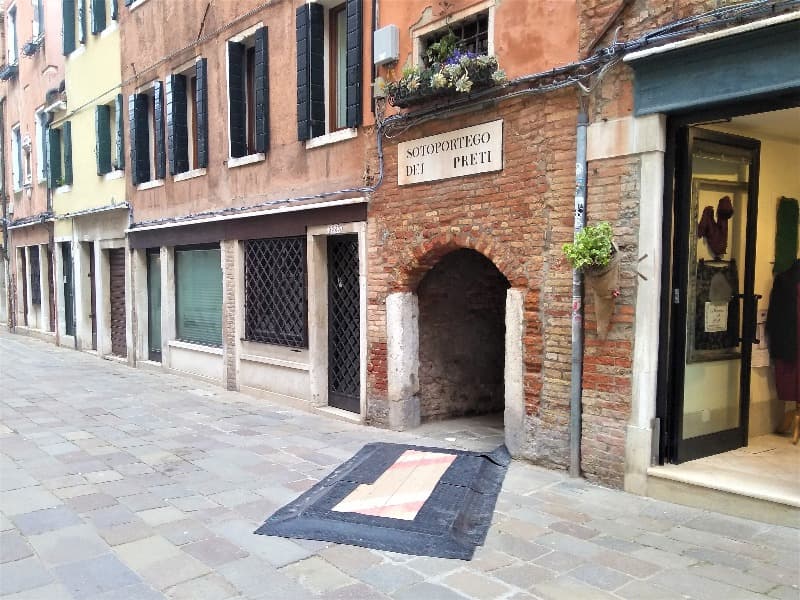 All of this happened many hundreds of years ago when life was not as obvious as now. There were dangers and there were diseases. The worst of them all was the plague. It came in waves and swept over Venice with death and suffering as its companion. And one day it was Melusina’s turn. In a short time, she fell ill and died.
Orio and the mermaid were once again separated. But this time by something that couldn’t be bridged over… Death was final. Suddenly he was alone again, and in addition to his grief, somehow he had to try to cope with everyday life alone … With the three children.

Every day he went out to fish after explaining to the little ones what to do, and above all what they were not allowed to do. Every night he came home again with the anxiety following him from early morning. He could only hope that everything had gone well. And each time he was met by a home in perfect order. The children were fed and clean, with clean clothes and washed faces. The house was tidy and the door locked. Orio marveled at this but believed that one of the neighbors helped him with the daily doings out of pity. 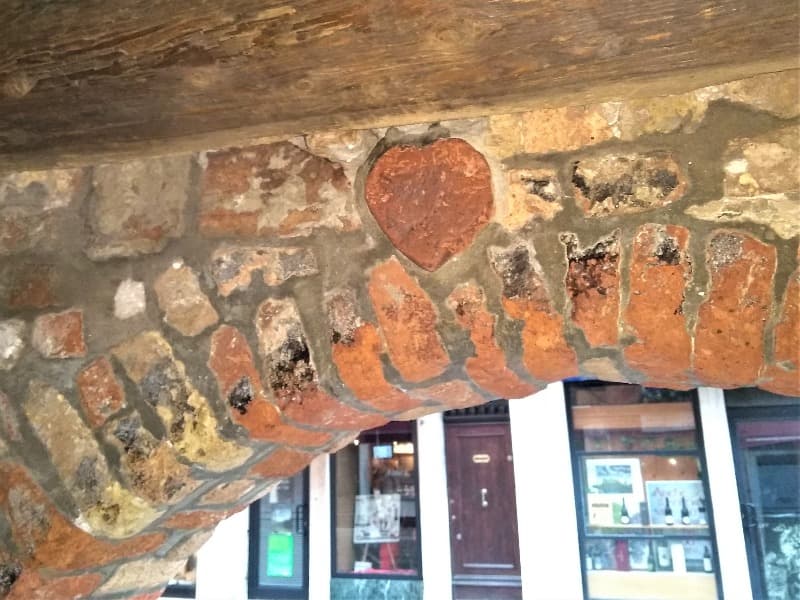 One day when Orio was setting out with his boat, the sky was dark and the smell of storm was in the air. He parted anyway but around lunchtime, he had to turn back. The waves were too high and the rain was whipping his face. When he entered the house, many hours earlier than usual, he found a big snake on the kitchen floor. Instinctively he grabbed the ax from the corner and cut it in two, killing it instantly.

From that day on the house was no more in order, the children weren’t fed and the door was kept unlocked. And Orio had to realize that his forceful hand had killed not a snake but Melusina. She had come back to help him and watch over him out of love so strong that not even death could stop it. In her spell-form, she had been there every day to take care of the house and the children, But now he had killed her. And she had died a second time.

Orio made a heart of red stone and put over the valve to his small Calle. A sign to remember this tragic mermaid love story, and to record us that sometimes you have to stop and think for a bit before you take action. A lesson we all have to learn, now more than ever.