The Peggy Guggenheim collection. It’s an impressive collection of modern art. Maybe even more interesting than the actual paintings is the life of the collector, Peggy. Anyway, right beside the Guggenheim is the Casa Artom, but next to that, going towards San Marco lies the Palace, Ca’ Dario in the shadows. Say that name and any Venetian will stop arguing, look around and turn pale. From a healthy tanned complexion, he would go white and shivering… Ca’ Dario, the cursed house. 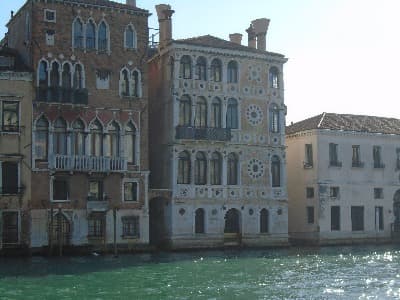 It was built by Giovanni Dario in 1479. He had the famous architect Pietro Lombardo draw up a Palace on the Grand Canal that would be appropriate for his daughter, Marietta as a wedding gift. Giovanni Dario was a very important person in the official life of the republic. He was a businessman, a notary of the Duke and even got the title Savior of the Homeland after he managed to negotiate a peace with the Turks in a troublesome situation that same year.

Dario died in 1494 and the Palace was inherited by his daughter and then the possession came into the hands of her husband, Vincenzo Barbaro. It then stayed in the family Barbaro until the end of the republic at the beginning of the 19th century. 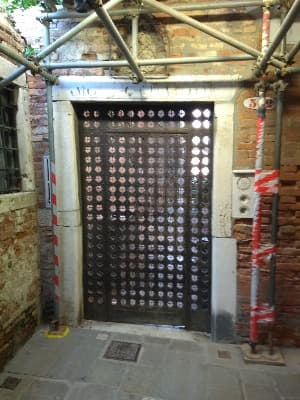 Nowadays it’s empty and silent, but if you walk by in the evening or you pass outside on the Vaporetto, you can easily sense the darkness and the shadows that linger in the empty rooms. The owner is an American, of which we know absolutely nothing. It’s supposed to be in a phase of restoration but no major work is being done. Maybe for the best.

Soon after the death of the first owner, things started to go wrong. His son in law Vincenzo Barbaro suffered a complete financial collapse. In that context, he was then stabbed to death. Soon after that, his wife, Marietta killed herself. Their son Giacomo died in an ambush in the city of Candia in Crete. Their other son, Gasparo, died at the age of 18 soon after. And so the evil had begun…

About the misfortunes of the Barbaros during the 16th, 17th, and 18th century we know very little. But from 1800 and on we know the more. The Barbaro family sold it to Arbit Abdoll, a rich Armenian businessman. He went bankrupt soon after and had to sell it to Rawdon Brown, the English historian. The purchase sum was 480 pounds. He died together with his companion. Suicide was a possible cause. It then passed to a Hungarian Count and to a Mr. Marshall, a rich businessman from Ireland without documented misfortunes.

In 1896 it was bought by Countess Isabell Gontran de la Baume-Pluvinel who restored it. The French poet Henri de Réginer stayed there as a guest but was inflicted by a serious illness and had to leave. In 1908 the French painter Claude Monet painted the Palace in a series of four paintings, each different in light, colors and form but with the same motif.

After the first world war, it again changed the owner. This time it was an American billionaire who bought it, Charles Briggs. He fled to Mexico because of the constant rumors of his homosexuality. There his companion committed suicide.

It was without an owner until after the second world war. The great Italian Tenor, Mario del Monaco intended to buy it in 1964, but going to Venice to complete the transaction, he had a very serious car accident, that in fact interrupted his career for some time. It’s said that the Maestro in the ambulance shouted to his secretary: Destroy those papers.

It was then bought by Count Filippo Giordano delle Lanze, who was killed by a young friend, and possibly lover. The murder weapon was a silver vase and the killer’s name was Raoul Vlasic. He manages to get away right under the nose of the police but is suppose to have been assassinated in London later on.

The next owner was Christopher Lambert, manager of the British rock band, The Who. Lambert had fallen in love with the sad and dark atmosphere of the building and declared that he didn’t believe in any curse. Still, once moved into the palace, his drug abuse worsened to an extent where he wasn’t able to manage nor the band, nor himself. He too had a financial breakdown and was arrested for possession of drugs. He told friends that he often slept in the Gondola Kiosk on the other side of Canal Grande, just to get away from the spirits that haunted him inside the Palace.

In 1978 it came back to the hands of a Venetian, Fabrizio Ferrari. The wealthy playboy used it for a few years throwing parties and receptions for the crèm de la crèm of Italian social life. His sister Nicoletta died in a car crash without witnesses. He sold it again in the ’80s to another businessman, Raul Gardini, who was involved in the huge Italian corruption scandal in the ’90s, Tangentopoli. He too committed suicide but the details are foggy. 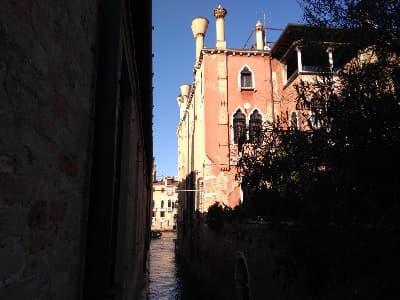 In the last years of the ’90s, the American actor and director Woody Allen was interested but wisely refrained from buying. The last one to die was the British musician John Entwistle, bassist in the Who. In 2002 he rented Ca’ Dario for a holiday in Venice. He died in a heart attack in Paradise, Nevada one week after.

The evil inside the very walls

This is quite a dark list, but if you examine it closely, the only one who actually died there was Filippo Giordano. All the others died away from the house or suffered other bad things, illnesses, bankruptcy, car accidents, and suicides, a lot of suicides. The theory is that inside the Palace there are beings, entities who alter the mind of whoever lives there. They are locked inside the building and are using the energy of the living who come there as a medium to interact with our reality.

Other people who have followed the history of Ca’ Dario, state that it is the Palace itself that is working here. It has a will and it uses the energy of others to accomplish its maleficent deeds. If this is so, then the spirits and phantoms themselves are locked inside the house by the house and are used by the building as marionettes. As is anyone brave enough to go in… 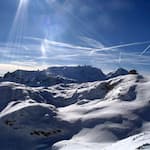 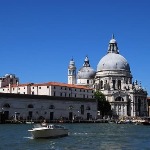