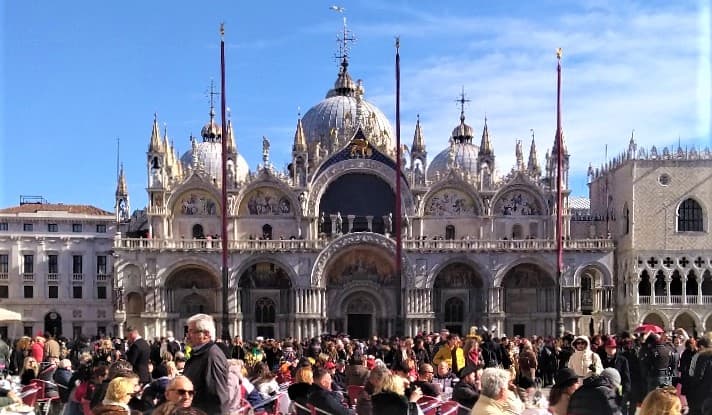 The Venice tourist tax will be functional from April 1, 2021. The Fee will probably be, in the first round: 3 euro on days with normal tourist flow, and 6 euro on days of exceptional crowds. Possibly even stretching to 8 euro.

The Coronavirus-crisis has changed the conditions for the whole tourist-sector in Venice. It is not a controversial opinion to suggest that the fee will never be implemented. We will just have to see what will happen in the months and years to come.

there will be 4 colors;

It’s reasonable to believe that the vast majority of the days will be grey. The first period has only 6 days that are colored differently from the “normal” hue.

The cruise-ship passengers will pay a flat 5 euro in the beginning, and a flat 7 euro when the system is fully operational. That’s if the cruise-ship company chooses to sign the agreement with the city. That’s to make it easier for them to handle the tickets. (I just don’t understand why a cruise ship passenger would ever pay 7 euro if he could just walk in, get the ticket from the machine and pay 6 or even 3 euro. But that is one of the issues that probably will be solved during spring.)

Take me to How do you pay the Venice tourist tax

It seems that the city has encountered resistance from a few categories in the transport sector. The cabs, both on water and on land, are not one big company, but many small. Therefore it will be more difficult to strike a deal with them.

I’ve been speaking to some of the taxi drivers, for example, and they say that they won’t act as policemen, controlling if their costumers have or have not paid a tax that they don’t agree to anyway. They can stretch as far as to sell the ticket. But they don’t want to be active in controlling.

Perhaps even more difficult are the taxis and private cars. The cabs, both on water and on the streets, are not one big company as with the buses and the trains. The taxi-drivers I’ve talked to, say that they will not close any multi-cab-driver-deal similar to what the bus companies have. They could stretch to sell a ticket to the tourists but no more than that.

So, the city is now turning back towards a more traditional agenda… You should be able to do it all online. There will probably be automats placed out in strategic points, for those who haven’t booked and paid in advance. Anyway, the idea is a normal ticket with normal controls. And it isn’t clear how the controls are going to be carried out, but it seems that normal law enforcement will be involved. Very traditional in other words.

Other factors that could compromise the deal…

With the latest development of the Coronavirus pandemic, Venice has lost 90 to 100% of its income from the tourist sector. The travelers have chosen other destinations for their vacation and they probably will continue doing so for some time to come. That would mean an extremely hard blow for tourism in Venice. At that point to try to regulate the flow of tourists to the city could turn out disastrous.

From this perspective, we could imagine that the whole tax-idea could be postponed further and maybe not come true at all.  But we will have to wait again to see what the politicians choose to do. .

To complicate all of this, sometime in early summer there will be the elections for a new major in Venice. As always in Italy, it’s not easy to predict what’s going to happen. In the 2015 elections, there were around 20 electoral lists, who then grouped together in 5 groups, each one supporting one candidate. It’s easy to understand that the outcome is everything but certain, and if Luigi Brugnaro is kicked out we don’t know what will happen to the access fee.

Who has to pay the Venice tourist tax?

Anyone who’s coming into Venice or the Islands in the lagoon and doesn’t stay in a hotel, B&B or any other official accommodation inside the city, Venice or Mestre, and thus already is paying the local city tax of 2 – 5 euro. To be absolutely clear: If you pay the tourism tax, Tassa di soggiorno, at the hotel you don’t have to pay the new access fee. 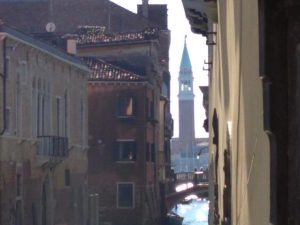 How do you pay?

Any official transport service who brings in people to Venice, trains, buses, taxis, ships and even anyone who lands at the airport at Lido (… which would be improbable) should provide the tickets. Either as a separate ticket or as a surcharge to the existing travel fee.

Other than that, the Venice tourist tax-ticket will probably be available through normal channels, ticket offices, newsstands, as well as online. You will also have the possibility to buy the ticket automated ticket-machines. The companies selling the ticket have to make sure the tax is paid, asking documentation of the reason for exclusion. It is not meant to be complicated for the visitor, but a very simple surcharge.

The Major has spoken of the necessity to book in advance to be able to get in. But he’s also declared that no one will be left outside. From 2022 there could be a smart chip and the possibility to read it off from a distance. Probably checking all the traffic coming in without putting up the infamous gates at the entrance.

He’s also been talking about making Venice a ZTL, limited traffic area, much like the C-zone in Milan. That way nobody could access the city in a private car, and thus sneaking in without paying the tax through the official transportation.

It works like this: Every workday from 7:30 a.m. to 7:30 p.m. traffic is limited. If you have a reasonably clean vehicle, you can get in if you pay. If you have an old car you don’t get in even with a ticket. Police, Ambulances, and a whole lot of others are excluded. But all this will have to wait at least until 2022, and probably even further.

The “Destination Venice”-ticket is a surcharge to the existing ticket fee when travelling with ACTV,  ATVO, Arriva, or Busitalia. It will be implemented when Venice applies a tourist tax for travellers entering the city starting from April 1, 2021.

While the city of Venice is waiting to close the agreements with lancers, cruises and railway companies,  the local bus companies are already at a head start. It’s a surcharge on the normal fare that includes the new Venice tourist tax.

It could mean a competitive advantage as it makes it easier to manage the extra bureaucracy. These companies cover most or almost all of the buses to Venice within the larger metropolitan area.

He talks a lot our Major.

About fines. For the single tourist, there will be fines from 100 to 450 if you don’t pay the Access Fee. But it seems that this could only happen if you declare falsely… Since it’s the transport company who’s responsible and they should enforce the payment or at least inform about it. But we still don’t know exactly how this is going to be done. 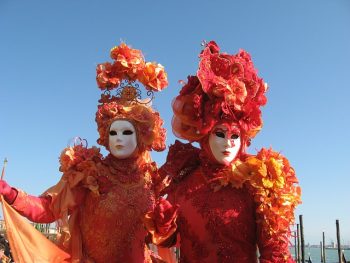 For them, the bus-, train-, and taxi companies, on the other hand, the fines will be a little heavier.

For those staying in a hotel outside the City of Venice (meaning outside of  Mestre and Marghera as well), the fee will be partial… If, on the other hand, you’re staying at a typical tourist location (… read Jesolo). In that case, you’ll pay the full price, the hotel tourist tax, plus the Venice access fee.

Here’s a link to the city of Venice web site explaining everything more thoroughly in Italian.