We are facing hard times. The globe is shrinking and another threat to the world’s population has emerged: The so-called COVID-2019, the corona virus. Some months ago we didn’t even know what it was. Then we heard about a city in China, Wuhan, where an outbreak of an unknown disease had caused deaths in pneumonia. Then we heard about the Chinese authorities shutting down the whole city and blocking all in- and out- traffic, isolating it from all contact with the outside world. 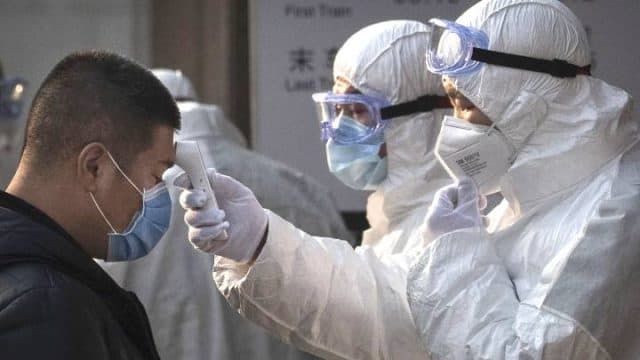 Then we had a few isolated cases outside of China, in Thailand, Japan, South Korea. Then suddenly we had two cases in Italy, in Lombardia. It was a Chinese couple and they obviously had caught the virus in China before coming to Italy.

Suddenly the Corona virus was hot news. A few days and the cases became five, ten, and suddenly there were infected in Mira. And Mira is just 15 kilometers away. The day after, we had two cases in Venice. And that’s when the President of Veneto, Luca Zaia, announced a decree about how the region was going to cope with the emergency.

Yesterday, Sunday, we were all faced with a new life-threatening issue. Something that had turned our everyday life completely upside down… The schools were closed. The Carnival was suspended. (The last two days, Monday and Tuesday, that normally gathers an enormous amount of Party-hungry tourists, youngsters, and other, more or less, locals, were canceled. Now, many came anyway, but all the events were suspended.) And now we just sit here, waiting in the shadow of the Corona virus. Our kids are at home (…happily gaming away from morning till evening, without homework, without sports-training and without many other duties worth mentioning…). We are at home too. Both I and my wife work in a field were it’s difficult to do anything if meetings are not allowed. So, we too are home until at least March the 1st.

And now the corona virus has blocked Venice.

Because every kind of gathering is banned. Sports, theater, cinema, conferences, be it political or cultural or other, be it public or private, they’re all banned. So, there’s nothing one can do. We go out a lot but not where there are people… You never know who could be infected. The Venetians all bring a little bottle of hand sanitizer and every time they touch something or someone they put their hand in the pocket, pull up the bottle, and wash their hands. Some carry mouth protection even though they say that those are only if you, yourself are sick and sneezes and coughs.

The streets, the Calle, are… Well, I wouldn’t say deserted, but it’s obvious that something is wrong. The hotels suffer from cancellations, the Gondoliers rather than carrying tourists around Venice, stand in the corners discussing what’s happening. It’s a mess. Italy is one of the countries in the world with the most infected… We’re number three on the list with a terrible 230 infected and 7 dead. And that’s the reason why the whole city of Venice has stopped, parked, ceased, paused…

The question everybody asks is… Will it continue to grow? Will it stop or will it gradually cover all of Italy with thousands of deaths? Because this is just the beginning and we already have four infected here… As well as another four in Mira and 25 in the small village of Vò Euganeo outside Padova.

Putting the corona virus in a context. The situation is very challenging, and although I wouldn’t want to minimize the fear and alarm that many of my friends and colleagues feel for the Corona virus… And I, myself, sense when I think about my family, my children, and their vulnerability, I still have to put all this in some sort of context. The world out there is a dangerous one, and often it’s not until the Tiger stands right in front of us, ready to attack, that we acknowledge his presence.

So, here are some of the other diseases, that kill people all over the world:

And then we have the normal seasonal influenza… The flu. This is a disease that hits us every year with more or less severe symptoms. It keeps us at home and it makes us stay in bed for days, not being able to work, nor to do anything else useful.

But it’s also a deadly opponent if your immune system is weakened or you’re old or you have some other secondary disease… Or if you happen to live in the wrong part of the world. It causes between 300.000 and 600.000 deaths every year worldwide.

And there are many, many others…

So… Since we’re all at home from school and work, I’ll book a few days in the mountains… To teach the kids how to ski. That would be an awesome way to seize the day and to make something useful out of this desperate situation…

2 thoughts on “Venice in Quarantine”