These days we’re suffering from pollution of the air. The whole northern Italy, as well as other parts of Europe, is covered with smog. In Italy, we’re worse off though, because we’re somewhat behind when it comes to regulations of polluting vehicles and burning of fossil fuels. Even though the idea of driving cars on natural gas as in CNG, LNG, and LPG is originally Italian, we haven’t implied new research to come up with a system to resolve the pollution in a good way.

In the south, they’re better off, even though the situation is maybe worse there when it comes to cleaning exhausts from factories and vehicles. We, in the north, have more industry, we have more people with more cars and the climate is worse… It’s colder so we need to burn more fuel to warm up our houses, and it’s less windy. Especially in the Po-valley, it’s particularly calm. 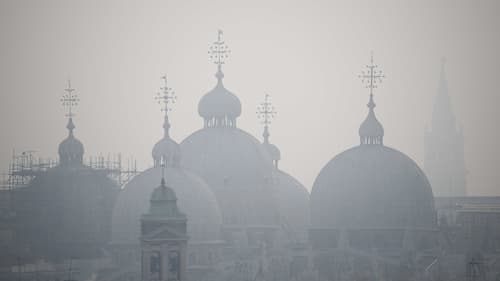 Every city tries to fight pollution of the air in different ways, but it always comes down to the restriction of traffic. And there are two substantial ways to reduce the smog.

Measuring the pollution of the air

What they are talking about is the pm10 aka particulates. These are very small particles that enter the organism and can cause asthma, lung cancer, respiratory diseases, cardiovascular disease, premature delivery, birth defects, low birth weight, and premature death. Not very nice in other words.

The levels that they’ve detected in various regions in the north of Italy, are way over the limits and way over what could be regarded as safe by any standard. It’s bad. Interestingly the city of Turin has decided to ban even diesel-engines labeled Euro5. That means that cars as new as from 2014 (!) could be denied circulating.

But this is not the first time we’re in danger. It happens every winter. And the reason, apart from the obvious lack of filters and systems to clean exhausts, limitations of the traffic and simply the use of industrial processes that do not pollute the air to this extent – is the climate. Because in winter the air is cold. And the little breeze we might have in summer, spring and autumn, stops completely in winter. Even without the pollution, we have a bad, humid, and windless air. And it’s already misty and smog-like even before we fill it with pm10.

So is it worse in Venice? … Or is it maybe better out there in the lagoon?

Actually I couldn’t say: It depends on the winds.

The mainland inside of Venice is very crowded. It’s full of people, houses, streets, and cars. And there’s the big, ugly, dirty, and disorderly Porto Marghera. The Venetians tend to blame everything on Porto Marghera. At least when it comes to polluting issues. The Harbor is foul, everybody knows that.

But the truth is that nowadays the biggest environmental problems are not simply connected to the industry like it was in the past. The filth comes from various sources. The industry is one big part but it is not alone.

For example: Some time ago we had readings of pm10 the were more than 20 times over the limit – 1000 micrograms/cubic meter… And the reading came from… Sant’Elena in eastern Venice. And Sant’Elena is a beautiful, calm and isolated rural area. A place where you could never imagine any significant pollution. All the same, the air was much more polluted there than inside the Porto Marghera.

Obviously the wind brought the pm10 in a straight line over Venice to Sant’Elena. And the pollution in the air came from Mestre, Porto Marghera, from the boats but most of all did it arrive from the cruise ships that laid anchored at Tronchetto. Because the day after the levels were down to normal again.

The answer is blowing in the wind…

So if you look at Venice on the map, it is actually very close to Porto Marghera. And it is very close to both Mestre and the surrounding areas. It all depends on where the wind blows. One must remember though that inside the lagoon there isn’t much of the coastal breeze that cities like Trieste, Ancona, and Pescara have.

I remember after the Chernobyl catastrophe (… Yes I’m that old), some areas in northern Europe got all the radioactive fallout, even though it was very far from the reactor. The wind brought it all up in the atmosphere and then it fell down randomly in places very far away. And I remember something about salmons in Canada being radioactive after the Fukushima smelt-down… Even years after.