Ghosts and phantoms in Venice

We’re in the darkest time of the year… And the coldest. The traditional holidays, Christmas, New Year, and Epiphany are right around the corner. Who knows why they put them right there, in the midwinter. Maybe so that we would have something to do and to be cheerful about there behind the shut doors, closed in, away from the blizzard, the darkness, and the high tides… Or to counterweight all the ghosts and phantoms lurking in the alleys…

In Venice, winter is a time for reflection and rest. The tourists are a bit less invasive and everyday life can make you imagine you’re actually living in a normal town. More beautiful and extraordinary than other places, but still normal…

… If it wasn’t for all the stories about the ghosts and the phantoms.

Venice has a rich and dreadful history, many strange things have happened during the centuries and still happen now, right in front of our noses. And then there’s the lagoon, with its grey water, sometimes calm and inviting as a pond in a park but black, frightening and full of demons when the storm’s roar.

At the beginning of the 19th century lived a shoe-maker in Calle de le Muneghe. His name was Matteo Lovat and he was a religious fanatic. Reading the bible from dawn til dusk and elaborating all kinds of rites and Christian beliefs in his solitude. He didn’t confess to any particular denomination. But was convinced that he had a mission directly from God and that he was sanctified.

His beliefs led him to try to auto-crucify himself on several occasions. He didn’t succeed and people just shook their heads and thought it to be an impossible task. Unfortunately, they were wrong.

On the 19th of July 1805, he managed to nail both hands to a cross, cut himself on the side of his chest and then push himself and the cross out of the window. There it hung fixed to a wood-beam with its macabre sight for everybody to witness.

He was saved but dies the year after at San Servolo, which at that time served as ana sylumn.

Ghosts and Phantoms come in all shapes. In Venice they come as those who are common in our landscape… As Gondoliers, f.ex.

Not long ago there was a Gondolier who was particularly rude and offensive. He was unmarried and maybe the lack of human companionship had turned him into a dislikable person. He treated his customers badly, cheated them, and seemed to find a certain pleasure in doing so.

Even worse was that he treated his fellow Gondolier brothers the same way. Without any signs of empathy or compassion, he slowly became an outcast, someone who nobody wanted to have anything to do with.

He had a son, through a short affair with a very young girl. She couldn’t keep the boy and he grew up with his father.  He was the joy of the gondoliers’ life. The boy was nothing like his father, but sweet, kind, and humble. He was strong and tall and his father had decided that he would take the same trade, Gondolier. As nobody offered to teach him, for obvious reasons, his father became his Master-Gondoliere. 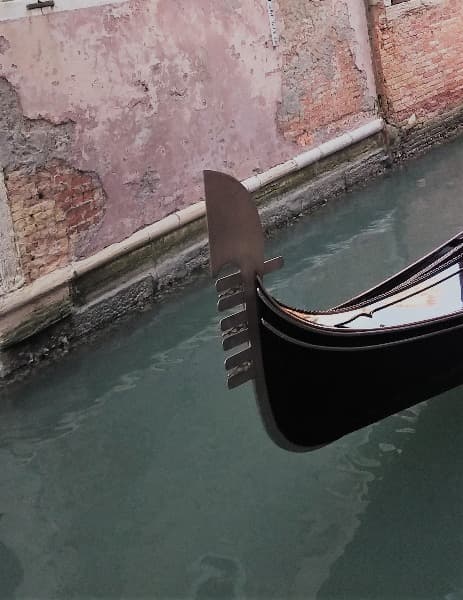 The father had a different way of calling out before a turn on the canal. While other Gondoliers did the common OEH! every time they closed in on a bend, he shouted EOH!. Maybe as a protest against the rules and conventions of the profession.

The boy died. He was only 17 years old but was hit by a terrible, unstoppable disease. At the funeral, the father had planned to offer everybody lunch at Osteria Al Minion close to what was then the central Post-office. Maybe as a way to soften the bad relationships and tie together some of the many bonds that had been torn apart during the years.

But nobody came to the funeral. Nor his relatives, nor his colleagues, nobody. And on the stairs of the chappel, he uttered a curse. Terrible words, cursing everybody, including God, Jesus, and the Devil.

The sad and lonely father soon followed his beloved son to the kingdom of the dead, but his spirit still lingers in the shadows of the floating city. And even today the Gondoliers of Venice sometimes can hear his voice when they approach a bend on the canal. At night, going home after a work-shift, or when they’re going out in the early, foggy morning hours, or sometimes when waiting at an isolated Gondola-station… 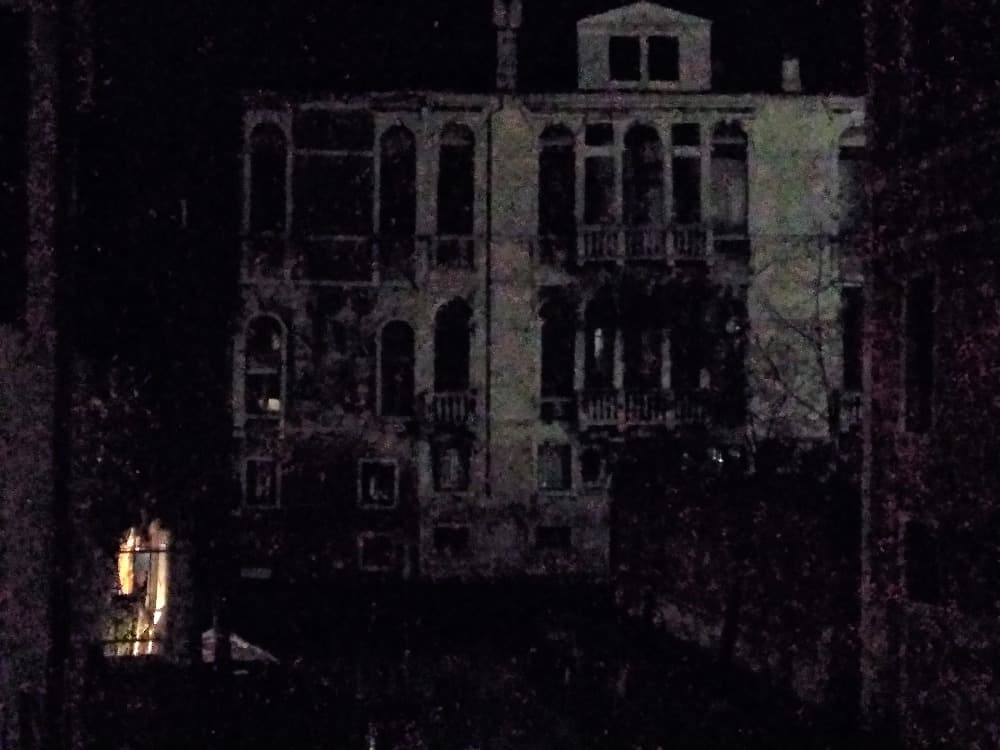