It’s getting colder. It’s not like the air is making clouds coming out from my mouth, but it’s colder. Autumn in Venice is a very nice period. The tropical heat from the summer months is gone and finally, you can breathe. Some days you can see the mountains, the red mountains of the Dolomiti. Those are the best days. The air is clear and silverish, and you walk easily with a cool breeze in your face. 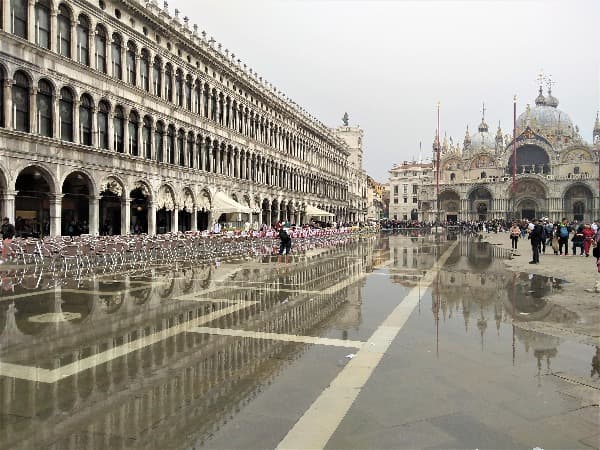 Autumn in Venice. Once October was a slow month. The tourists were all gone home and we had the town for ourselves. November was even slower. But now the season stretches out in spring and autumn, and soon you can’t even speak of a season. It will be the same all year round.

The autumn in Venice offers some very interesting events. Especially if you’re interested in sports. The somewhat lower temperature makes October a perfect month for sports. So here are some of the things going on right now:

Next Saturday, the 19th, there’s the Venice Hospitality Challenge. A spectacular yacht race with maxi yachts, some of the fastest in the world. And the course is right outside Saint Mark’s Square. You can stand at the dock, where the Gondolas are, and watch the huge sailboats right there, on the Saint Mark’s basin.

Every yacht is promoted and sponsored by a hotel. Obviously they’re the big 5-star hotels as they’re the ones with enough funds to be able to pull something like this off. There’s Gritti Palace, of course, and Molino Stucky, Excelsior at Lido, and Danieli and 8 others. 12 in total.

The extraordinary thing with this race is that it can be seen right there, from the center of Venice. That’s something out of the ordinary, and if you’re around Venice Saturday, you definitely should check it out.

The day after, the 20th of October there’s the Veneziana. This race is maybe a little more serious and less of a spectacle. At around one a clock the yachts start at two points outside the northern harbor mouth of the lagoon, the one called Bocca di Porto del Lido. From there they sail into the lagoon and the finish is right in front of Saint Mark’s Square… Yes, this race too, ends there.

More boats participate and many of the ones from the race Saturday will be present on Sunday too. So it’s a busy weekend for sailing lovers. 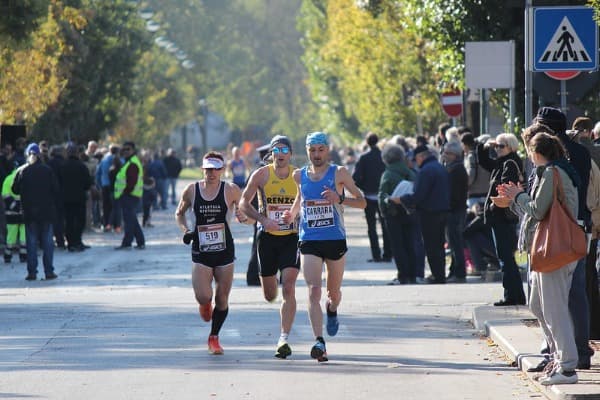 Next weekend it’s time for the Venice Marathon. A spectacular Marathon that follows a path between ancient palaces and villas, pass through the urban centers of Marghera and Mestre, continues over the bridge to Venice and ends up at the dock alongside the Doge’s palace, passing Saint Mark’s Square.

The first time it was held was in 1986 and since then every year thousands of elite runners show up. The first years it was a small event, but soon grew until it was clear that this was a very attractive route. This year it gathers almost 14.000 athletes. 5.700 will run the shorter, non-competitive, version that starts at San Giuliano at Mestre. This race is only 10 kilometers and ends up at the same finish as the 42-kilometer run.

The main race counts as many as a record 8.000 athletes. But only one of them will cross the line first. For many years the winners were Italians, but since 1995 for the men and 1999 for the women, only foreigners made it to the first price… Until 2018, when Eyob Faniel won. This year 77 nations are represented, so to have another Italian winner is unlikely. We still hope though.

Autumn in Venice – Sport as a brain trainer 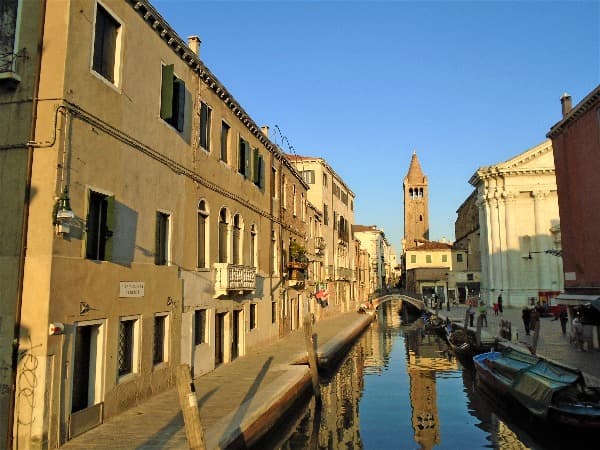 Yes, October is a sports-month. But even if you, like me, wouldn’t run 42 kilometers on time even if they put a gun to your head, October still is a wonderful time for an active lifestyle. In Venice, the cool breeze is a key factor. For three or four months we haven’t been able to move much more than an occasional rise of a hand, just to order another fruit cocktail, another beer or a spritz. Now we have to reconquer our moving limbs. And walking, rowing, and playing football in the square suddenly becomes the essence of life.

And I remember an article I read some time ago. It was about connections in the brain or something like that. The theory was that the human brain becomes more effective with physical activity.

A study in the US had two groups of people, adults, resolving simple mathematical problems. One group walked right in and started. The other group did a 20-minutes fast walk and then started with the maths. The second group had a better result, but not by little or with insignificantly higher results. They were 60% better than the other group… And that just by doing a short walk right before the intellectual effort.

So, if you wanna be smart and succeed with your academic career, it’s actually better to do sports than to study… And October is the perfect time to start.