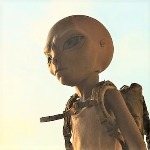 The lagoon, Eternity, and the Venice Aliens

The other day I read an article by Nicolò Porcelluzzi. The name of the article was The Aliens of the Venice Lagoon and if you’re familiar with the Italian language you can find it here.

In the article, Porcelluzzi is talking about the Lagoon and about the radical changes we’ve seen in recent years. Modern civilization, as always, puts the natural balance out of order. One might think that for eons nature was always the same, the trees, the grass, the birds, the fish, and the mud… It has always been there until man started destroying everything by using concrete, building factories, and starting industrialism. 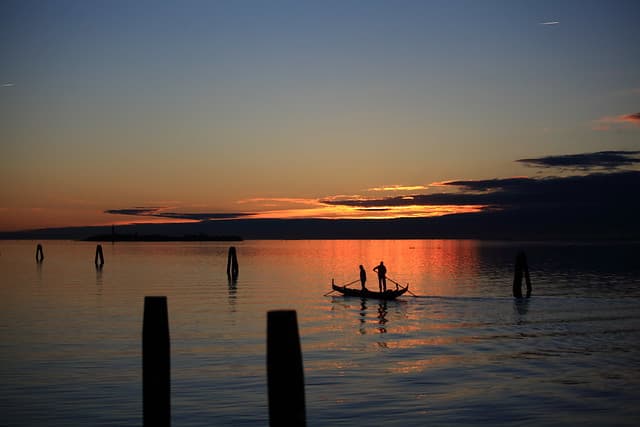 But in the case of the Venice lagoon, it’s not so. In fact, the lagoon as we see it today is a product of human activity. The huge city of Venice, as it was in the middle ages and even before that, needed water, waterways, wood, and food. So the Venetians changed nature to fit the demands of their population. Because Venice was one of the very few Metropolis in the middle ages, and it was situated in a spot where nothing was for free, it had to be created.

Rivers were diverted, islands were created and canals were built. Just look at the big landmass at Punta Sabbioni. 150 years ago that didn’t exist. The border between the lagoon and the sea was Sant’Erasmo, an island that is now well inside the lagoon.

So, the environment around Venice is constantly evolving and it has always been that way. But Porcelluzzi’s article is uncovering the acceleration of the changes. Accelerations to a point where we maybe cannot defend its uniqueness anymore. And the responsibility is in fact, as I mentioned before, in the hands of man, and human activity… Concrete and factories… And ships. But while man in the middle ages had moderate resources to alter his surroundings (…still the Venetians did a good job of changing land, sea, and the in-betweens…), we now are more able in that sense.

The threats to the Venice Lagoon

Porto Marghera, the huge harbor to the west of Venice, on the landside, has always been a love-hate affair to the Venetians. It offered richness and jobs, but the petrochemical industry polluted the water. After the crisis and political changes of modern times, this particular industrial activity is more or less closed down. There’s still a lot of business, but not as pollutive as in the 50s, 60s, and the 70s. Good! Instead, we have the other industries, the trade, and the tourism that for every year increase the impact on the lagoon.

Every year around 3500 ships moor in Venice. That’s 10 ships every day. The cruise ships go through Canale della Giudecca in the center of Venice, while the others travel the Malamocco-Marghera canal. The ships’ propellers whip the water together with the sludge and the microorganisms. And they ad their own microfauna to the mix… Fish, invertebrates, and plants from other parts of the Mediterranean or other parts of the world, far away from Venice, Aliens.

This is all normal. Every lifeform tries to survive and expand, that’s the whole idea of nature.  So, as the lagoon changes over the centuries, even the animals and plants that populate it change, adapting. In recent decades, however, unforeseen evolutions of this equilibrium are occurring, and the cause is, of course, the human introduction of vertebrates and invertebrates who lived for millennia or millions of years in other parts of the world.

Between 1995 and 2000, a few kilometers from Piazza San Marco, 40.000 tons of clams were collected every year. Venice from one year to the other became the European capital of shellfish thanks to an animal that has nothing to do with the history of Venice: the Manila clam.

This animal was imported from the Philippines. Thanks to its fertility it soon competed strongly for the territory and pushed back the domestic clam Chamelea gallina. An alien introduction that has created wealth, a lot of it, and in a short time. But in the end, it was a total disaster. Apart from the ecological and environmental problems it caused, in 2012 the production had gone down to 2.000 tons a year. A few glorious years of commerce that in the end cost many times more than it earned.

Not only the Manila clam has arrived from the Far East; alongside it, there are the prawns of Louisiana and the zebra mussels of Eastern Europe, exterminating biodiversity. And somewhere in the mud hides the Japanese oyster. In the humid areas, the Asian tiger mosquitoes, the hornet, and the woodworm proliferate, transported in the last twenty years by tires, porcelains, and bonsai.

But there’s more… The Balkan frog, pelophylax kurtmuelleri is growing its population and the catfishes are slowly taking over the whole sweetwater river- and lake system. The huge Wels Catfish, silurus glanis is now completely dominant in the northern Italian rivers. While in northern Europe this is a protected species, in Italy it has found a perfect environment though and is becoming more or less the only species in the river Po, much to the joy of the many specimen fishers. Catches of over 100 kilograms happen regularly. The rivers inside the lagoon have similar problems. Soon the catfish will be the only fish there too.

“Watercourses are very vulnerable to the invasion of foreign organisms, te Venice Aliens, also because water facilitates the mobility of species, and aquatic species tend to expand very rapidly.” This is said by Piero Genovesi, known as Papik, the highest Italian authority on the subject, and head of the wildlife coordination department of the Higher Institute for Environmental Protection and Research (Ispra).

“The presence of allochthonous appears to be constantly increasing”, and has now reached and exceeded 50 percent of the entire regional fish fauna. Half of all the fishes come from other parts of the world… The picture becomes even scarier if you look at the entire biomass, including microorganisms and plants. Then the figure is 80% aliens… four-fifth of the living things in the water around Venice shouldn’t even be there!

The situation is similar in all coastal regions in the Mediterranean but nowhere is it as serious as in Venice. But still what is an alien? When do you become local? How many years, decades, centuries do you have to live in a place before you’ve become a part of it? 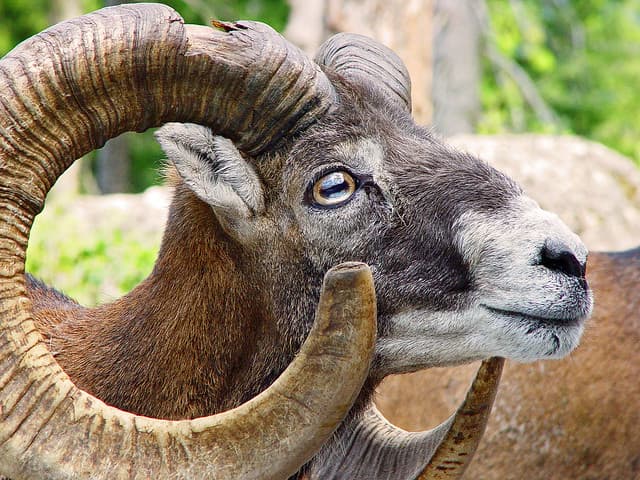 Many of the species that we may think are ours, in reality, were introduced in our biosphere from outside. The Italian landscape is full of Prickly pears, Opuntia. It’s so full of it that we think we kind of invented it, together with the Cypress, standing in rows as in attention in Tuscany. They’re both non-Italian. As are the mouflons, the porcupines, the poppies, and thousands of other species. But we still regard them as ours.

It made me think about something a friend of mine told me. She’s a politician from northern Europe and was once part of a big congress in Africa. Sitting at the dinner she had a politician from Tanzania at the table and they talked about this and that. At a point where the conversation was going a bit slowly, she suddenly said: “You know, one of our smallest birds go all the way to Tanzania for the winter residence…”  The African colleague looked at her and said: “What makes you think it’s yours?”

Often we think of nature, as we think about everything else, in a very local, shortsighted way. We travel, animals travel, and things, ideas, and concepts travel. But when 80% of the biomass is alien, then there’s a genuine risk of conformity. The whole world is getting exactly the same. And what a boring world it would be.

And this is where Life ASAP Alien Species Awareness Program is inserted, a project co-financed by the European Union that tries to contain the consequences of alien invasions through information and awareness campaigns and support. Thanks to Life ASAP, schools, horticulturists, and veterinarians are kept informed. But, as always, information, debate, and good intentions can do only so much. As bad as the situation is right now, it will become worse in the future. The climate change will make the Mediterranean warmer, more tropical, and the living conditions for “our” species will get tougher, more suitable for African- and Asian ones.

The problem of invasive alien species is three-dimensional: It is an environmental-, perceptive- and political problem. 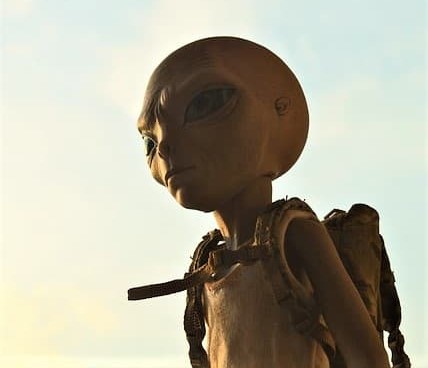 80% of the living things in the lagoon and the rivers and canals around it are aliens. That’s bad, that’s very bad. But I still think that it could even be 100%, a complete flora, and fauna that doesn’t belong here… A complete take over by the allochthonous. It could very well come to a future where we have to accept conformity, boredom just to survive. We could have the same trees, flowers, insects, and fishes all over the planet. Goodbye biodiversity!

And if it would come to that, if all life in the Venetian lagoon would be the same as everywhere else… Then, at least, let’s save it, let’s make it live on and not perish. A dead environment is still worse than a boring one… And maybe in a thousand years, we can again call it our own very special Laguna di Venezia… And the Venice aliens won’t be nor aliens nor Venetians.