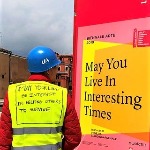 Venice Art Biennale at Giardini and Arsenale costs 25 euro. Not much in Venice is free. Actually not much even has a reasonable price tag, especially if you move between the big tourist attractions like Saint Mark’s Belltower, the Basilica, and the Doges Palace. Then if you sit down on the square and have your 12:50 euro-coffee, then the wallet really starts emptying in a worrying way.

So what if I told you that you can visit 33 national exhibitions, all part of the 58th edition of the Venice Art Biennale. Artists from every corner of the world come to Venice to display and express their thoughts about the world in which we live… And you can visit them for free. No cost whatsoever. Nor before you go in, neither after you’re done. Just respect the opening hours and you can move from one end of the city to the other experiencing new, innovative, artistically fabulous art and installations, videos, and performing artists… And it costs nothing… Nada, Rien.

I’ve made a map of all the 33 national participations spread around the city. I haven’t put any address on the dots but the position should be reasonably close. In Venice, the Address isn’t of much help anyway. Even the postmen don’t know where the numbers of the streets are. It’s all close to this, behind that, cross the bridge on your right… So if you don’t find the door, ask. There will be someone who can indicate the entrance, don’t worry.

The history of the Biennale

Venice Art Biennale is an old lady. Already back at the end of 1800, it started out around the central building in the Biennale area at Giardini. Padiglione Centrale it’s called today. It went on for a few decades all alone, attracting the finest artists from Europe. I was going to say the world but back then Europe and the world was more or less the same thing for the Europeans. Then in the thirties, during the fascism, the Art-festival got company… The theatre festival, the contemporary music festival, and of course, the famous Venice film festival. All these are now held every year. The Venice film festival is the second oldest in the world, after the Academy Awards. 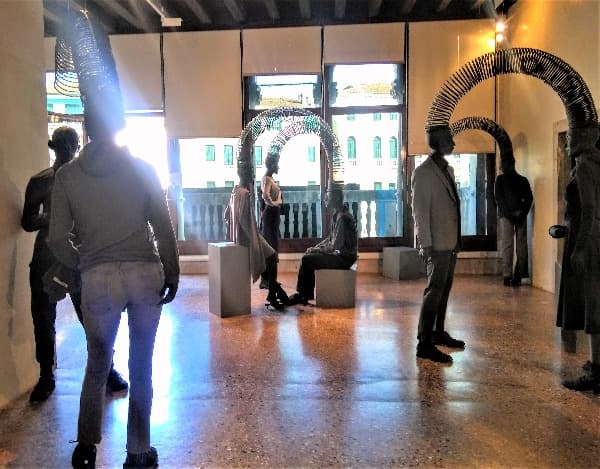 In the 80s the Architecture-festival was added and is now held every two years, just like the Art-festival. Odd years Art, even years Architecture. Biennale actually means every two years. 1999 the festival of contemporary dance was introduced and so the calendar was complete.

the Pavilion of Azerbaijan

It makes you think. Especially those, like me, who are active inside the internet world, with headlines, keywords, followers, likes, visitors, and Google algorithms. What is it all about? Why are there more words, pages, and images on the internet than the whole world’s population can read and see even if every word is watched only by one person? How can you get through the tsunami of information that we are flooded with every day? Is it even possible to determine what’s true, almost true or false? And does it matter? … Is there even such a thing as truth? 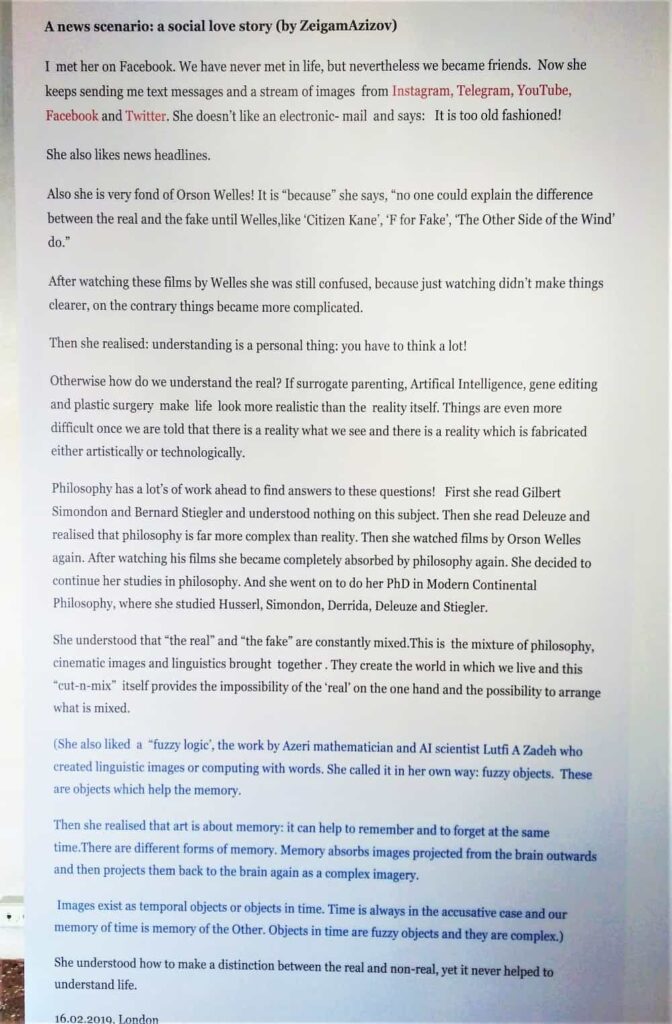 A musical performance. A beach inside a military warehouse. You watch the performing artists from above as they lie on the sand. As they put sun oil on their pink bodies and chitchat about the little things. As they drink some water from the bottle, eat ice cream, and let their lazy characters enjoy the holiday while sleeping under the hot sun. Peace.

Then they sing because it’s a musical performance.  The music is theatrical, word-based… An opera. As we move on the different characters reveal more personal worries and concerns, but it doesn’t really change anything. Our little thoughts about gossip and unimportant facts make us stop and sit down instead of getting up and do something. It’s slow and discouraging because, outside this little box of tranquillity, the world is going to pieces. It’s dying… While we wait.

The Lithuanian Pavilion won the Golden Lion this year and the motivation was this:

For the Pavilion’s experimental approach and its unexpected way in facing national representation. The jury was impressed by the original use of the display space, which stages a Brecht-inspired work, and by the active efforts of the Pavilion as regards Venice and its inhabitants. Sun & Sea (Marina) is a critique of leisure and of contemporaneity, sung by the voices of a group of performers and volunteers who interpret everyday people.

Performances every Wednesday and Saturday, though the exhibition is open every day except Monday.

If you’d like to see all the rest at Giardini and Arsenale, then 25 euro isn’t very much. For 35 euro you can go in three days, and you might need that to be able to let it all in. And then you’ll have an opportunity to see Arsenale. That is normally not open to the public, but with a ticket, you get in, at least to a part of it. Should you need a hotel close to the Biennale area, there’s a good one right here: Hotel Indigo Venice.

Any way you choose it’s a great possibility to see some of the world’s finest contemporary art by invited artists as well as national participators.