So, I came back home again. This time I traveled from Copenhagen in Denmark and just like many times before I lost my luggage. You know the feeling… You stand in front of the baggage carousel. You’ve booked a good spot where you can see the bags coming down and then just grab yours before it passes you and disappears on the belt and you can’t reach it because of all the other passengers who also got good spots. And you have to wait until it comes back from the other side.

Actually, it was my own fault, sort of. In Copenhagen, flying with SAS, there is no manual check-in. You have to do it all by yourself. Get the tag from the machine, put your bag on the scale, scan the tag, and… And that’s where I missed it. The bag shot away with such speed and force that I found myself with the tag in my hand while the suitcase disappeared behind the desk.

So, a Danish lady who would have made Miss Trunchball, the headmistress in the wonderful book Matilda by Roald Dahl look like Cinderella, made a few phone calls. Then she assured me that the bag would turn up in Venice. So much for that.

Well anyway, mine didn’t show. So I checked the baggage ticket and walked up to the baggage claims desk.

And the lady convinced me to go home without my bag and wait for her call. But the call never came. Instead, I called… Many times, and each time I spoke with someone who didn’t understand why I called when it’s obvious that they’re the ones that should be calling. And every time they said that my suitcase is in Copenhagen and will be delivered the day after. Even the day after they said that. 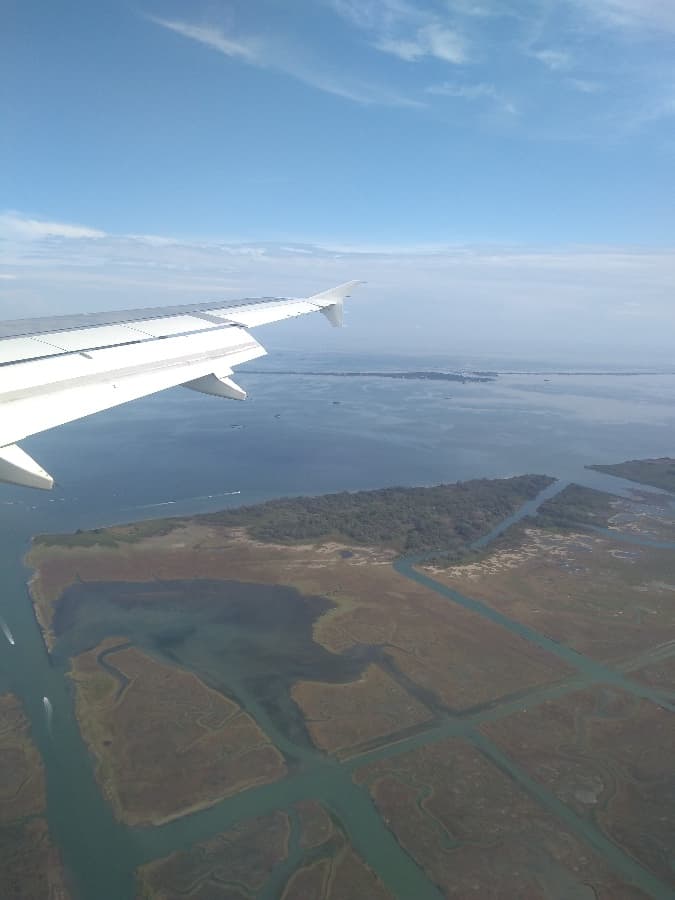 Until I got hold of someone who said that it should have been flown to Venice but Venice hasn’t confirmed it. And now it gets interesting. Because this is when nobody knows where the stupid suitcase is. It’s not in Copenhagen and it’s not in Venice, so where did they drop it?

And I remember another time when I flew into Milan from somewhere I can’t remember. The luggage was gone. — Baggage claim, it’s black… ish, a referral number, a PIN code, and then we went home. The day after I called, and the day after, and the day after that…

To sum it up, the bag was lost. And after almost a month it was still lost. I had been to Venice airport a lot and I had called all kinds of numbers but all anyone could ever say was:

–     We’re very sorry about this and we do our best to find your luggage and we’re convinced that we will find it.

At this point, I even had to write down what was in it, for compensation reasons.

Round and round on the Baggage Carousel

About a month after I’d lost it I was at the airport again to pick up a friend and I went to the counter once more just to check. And this time I found someone who really knew what she was doing. It was amazing. A young girl, smiling and charming. With one hand she answered the phone and with the other, she checked every airport in every corner of the world. When she got back to me, after ten minutes she said:

–    Actually, there is a bag in Frankfurt that matches your description.

–    Well, they’re all black. That’s not the issue. But this one has your things in it. 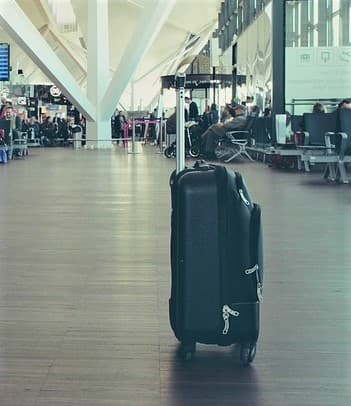 ??? If a bag is found on the baggage carousel or elsewhere, the tag is lost and there’s no address, then it is opened and all that’s in it gets listed.

And in fact, it was my stuff.

–    Great, I shouted not being able to understand that after a month I was going to get all my laundry back. When can you fly it here?

–    It will be delivered tomorrow, she answered.

At that time I was only glad and hopeful. I hadn’t yet understood that the phrase “It will be delivered tomorrow” really means “I have no idea. But you just go home and maybe in a few days it will show up and if it does, maybe I will send it to you if I can arrange delivery.”

So it didn’t show up the day after. And not the day after that. In a very short time, I was back to calling people who didn’t understand why I wasn’t just waiting for them to call. Something one imagines only happens in old films with a bad manuscript had happened to me. They managed to lose my suitcase twice.

So, after a week I was back at the airport to drop my friend off and I went over to the lost luggage desk again. A miracle… I found the same girl.

And after a bit of arguing and small talk, she said:

–     Why don’t you come back here and check the luggage room yourself? Maybe you could find it as you know exactly what it looks like? 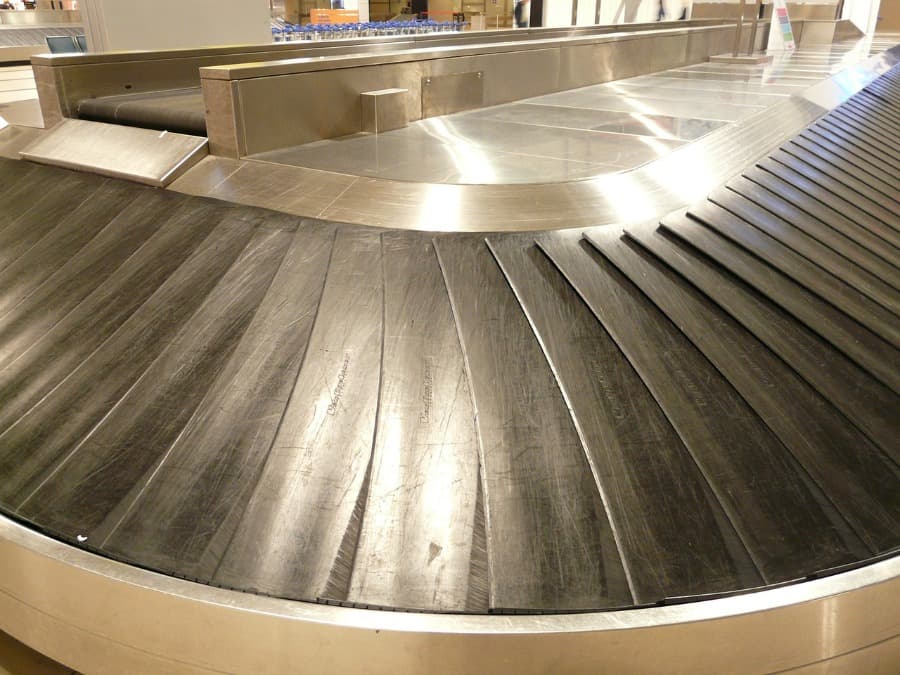 So I went through the rigorous security controls, passed bleeping machines and angry-looking guards and police officers, and finally ended up in the inner hidden domains of the building, together with pilots and stewardesses. My friend, the super-woman, guided me to a huge room. There must have been a thousand bags in there. I started looking while the valuable employee talked on the phone, finding things, helping people with the computer, and telling them where this and that document were.

After 15 minutes I had to accept the sad fact. It wasn’t there.

Then she looked at me and her eyes narrowed just noticeably. I almost thought she was going to make a pass at me…

–     There is one other room, she whispered and now I was convinced that she was hitting on me.

I didn’t know what to say. But she led me to another door a bit further ahead, opened it, and there, in the middle of the floor was my suitcase. In a huge, almost empty space my bag waited for me all alone and abandoned. I shouted with joy. It was as if I was looking straight in the eyes of a close friend or a lover after thinking he or she was dead. Like finding the treasure you’ve been looking for all your life.

–     O my God, I shouted. Where have you been my darling… After all these years! 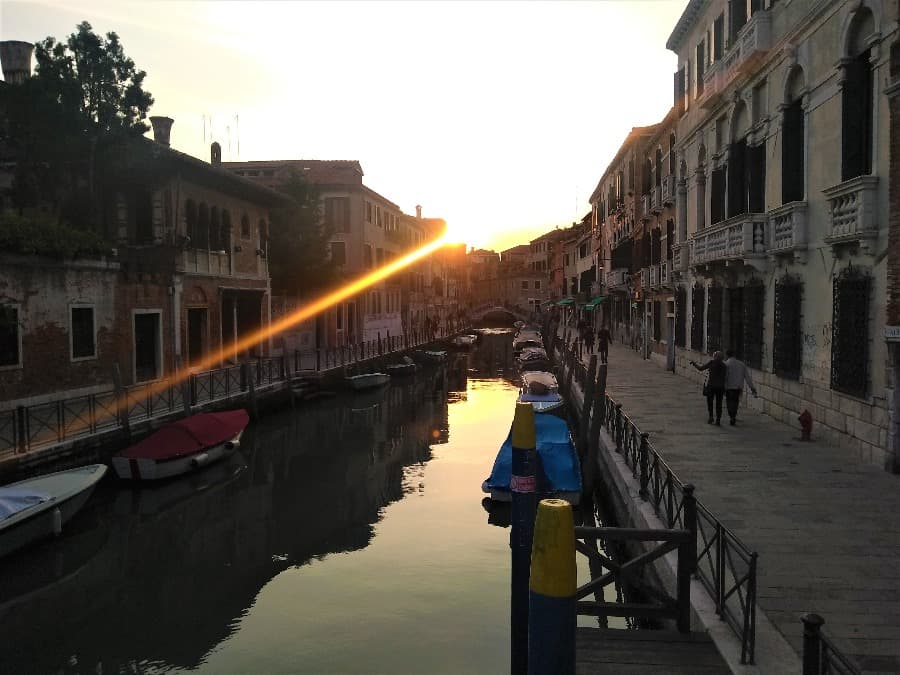 Well, the thing is, there are two (2) systems. Since there are too many companies to be handled by one computer system, they have two. The first room was the room for Lufthansa and others. The second room was the room for Easyjet and others. Since my flight to Milan was Easyjet the bag had been stored in the Easyjet-room. But the flight from Frankfurt was with Lufthansa, and therefore, it entered the Lufthansa system and should have been stored in the Lufthansa-room.

Another funny thing is that the Lufthansa-room was crowded while the Easyjet-room was almost empty. My bag shared the space with maybe 15 other suitcases… Poor thing.

Conclusion: If they don’t find your baggage, ask them to look in the other room. Just to be sure.