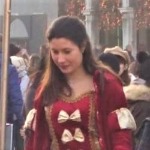 So it has begun. The Carnival of Venice, Il Carnevale di Venezia. This year’s theme is The Moon, our friend in the darkness. Like a school kid 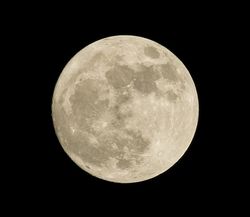 of a friend of mine, who is a teacher, said…

–     The Moon is much friendlier than the sun. The Moon lights the way for us when it’s dark.

We expect between 2 and 3 million people here for the two and a half weeks of partying. It’s a lot for a relatively small town like Venice. Most people will come on Saturday and Sunday 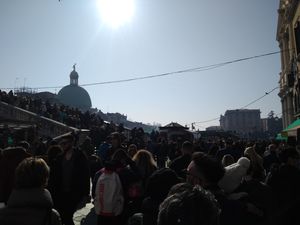 the 2nd and 3rd of March. Tuesday the 5th is the last day and from the 6th you should start fasting.

So what’s it all about? Why are they all coming here? Why is it so fascinating?

In the old days, it was a wonderful period of non-recognition. The medieval society was extremely segregated. The nobles lived a noble life, the burghers did their business in every corner of the city, but maybe they engaged socially only with people in their own sphere, the farmers grew crops and vegetables outside the city. And then there were all kinds of other outcasts from the community… Thieves, prostitutes, foreigners from all over the world who didn’t have bonds to anybody. The carnival was a time when everybody was equal. A theater where everyone was playing his role but nobody knew who the actor was behind the mask. 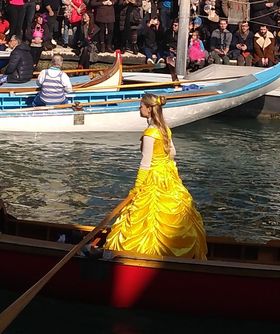 And it started out as such. The religious content was little or none. It was the good times that were the main attraction. And the fact that you treated everybody the same. For the citizens on the lower end of the social scale, that was something extraordinary. The period was from December 26 until Shrove Tuesday, but sometimes they started out several months before that.

So what do you do?

You dress up. And as what? Well, that depends on your budget, but even more so on what you intend to do.

First, there are the thousands and thousands who party in the streets, go from one bar to another, dance in Piazza San Marco and eat a few Cicchetti in between. They often have very funny homemade costumes. Colorful and extravagant. At the end of a weekend in Venice, they can be quite worn out, both the costume and the person wearing it. 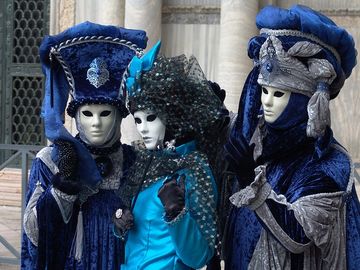 If you want to go the more sophisticated way, then you might want to go to some dinner and ball event in an old palace with the facade towards Canal Grande. Maybe arriving in gondola and land on the Canalside, walk up between lit candles and end up at a huge dinner table. And after that, dancing to the sound of a live orchestra… If that’s your dish, then you probably need a rented outfit. Many of those events require a costume. You can’t come in tuxedo and ball dress.

Then there are private parties. But they’re all secret and hidden, and you need an invitation… I’ll tell you about them when it’s all over.