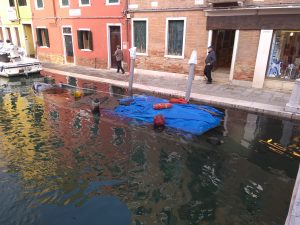 This morning I found this boat.

Is it sunk because of the heavy rains? Or was it the high water? Sometimes boats are moored with fixed lines that are too short, so when the tide rises a lot… and I mean a lot, the lines hold the boat down on one side until the water can enter over the gunwale.

…. Or has the old feud between the Castellani and the Nicolotti families awakened?

These two families dominated Venice for hundreds of years. And they eventually divided Venice into two parts: The Castellani ruled the northern and eastern parts, Castello (…obviously), San Marco, and Cannaregio. The Nicolotti held the southwest, Dorsoduro, San Polo, and Santa Chiara. And they couldn’t get along. They even dressed differently to be able to distinguish friend from foe. 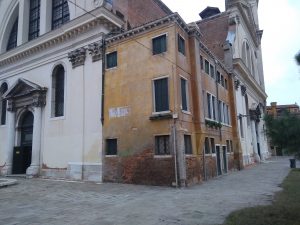 The church of San Trovaso who was situated where the two territories met, was equipped with two main entrances. And to this day it remains a double-gated church. So fierce was the hate and hostility between them that they couldn’t even go to mass without quarreling.

It is supposed that the feud had its origin as far back as the rivalry between the two cities Jesolo and Eraclea before Venice even had become Venice. And they kept it up for many hundreds of years. One couldn’t do business with the other side. Nor could he socialize or often even talk to them. Love and passion were a big no-no. 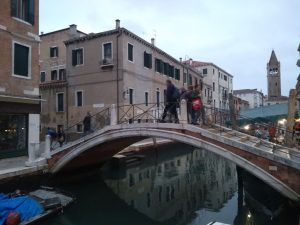 At the Fist Bridge, Ponte dei Pugni there were organized fights. At first, maybe people just met and brawled but as years went by the battle became more organized.

First, they had to decide where to meet. There were other bridges where these battles were held so you needed to know which one. There’s another one close to Campo di Santa Fosca at Cannaregio. Then the canal had to be cleaned from pointy or sharp objects. Then time and participants were decided.

At the evening of the fight, the two teams gathered at each side. One after the other they went up on top of the bridge and tried to beat the opponent. The idea was to simply throw him in the canal. That’s why it was so important that the water was clean, to avoid injuries. When one fighter was defeated the next took his place until one team had won. Unfortunately very often it didn’t stop there. After the athletes were all thrown into the water, the audience and all kinds of hooligans and troublemakers went up and then maybe it wasn’t such a clean fight anymore. Sometimes the fists weren’t enough and knives and other more serious weapons took their place.

I needn’t say this became an increasingly big problem for the authorities. The hostility between the two communities tended to increase from these events rather than diminish, even though the reason they were held was to offer an outburst of the tension building up between the two fractions. So after a series of laws and regulations aiming to limit the effects they finally came to an end in 1705 when all fistfights on bridges were banned. 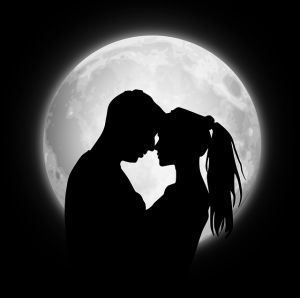 This story is even more interesting when you consider that Luigi da Porto, who wrote Romeo and Juliet on whom Shakespeare based his novel, was born in Vicenza and lived all his life in the Venetian orbit. Possibly he took much of his narrative from the reality he had right in front of him and then placed the story in Verona, to disguise it from powerful neighbors and friends.

4 thoughts on “Romeo and Juliette”