This time I’m not going to write about all the water pouring into the city from the sea. I will not list all of the historic buildings being damaged, or the shops and offices having all their merchandise or their documents destroyed by saltwater by the latest floods in Venice.

I’m just gonna sum it up…

This week we’ve had 4 of the 20 highest tides of all times.

On my Youtube channel a guy, a friend told me to tell everybody about the corruption He commented and stressed the facts about the politicians and entrepreneurs in an unholy collaboration defending their ego as well as their personal winnings and that this has led us to the situation we know too well. He’s obviously talking about the MOSE-project.

So, I’m going to do that first. And if you don’t like numbers or if you don’t like me blaming everything on everybody else, please, just jump to the next section. Because this blog is not about this. It’s about something else. 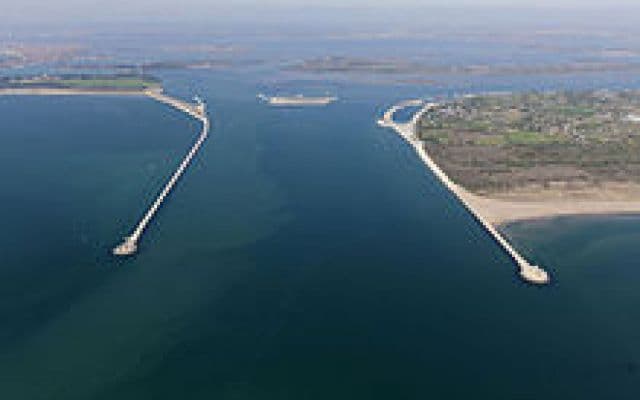 Facts about the MOSE project.

First of all… It’s not ready. The latest predictions are that it will be operational at the end of 2021.

1989. The first project was made public. The cost was set to 1,3 billion euros in today’s currency. MOSE would be completed in 1995.

1998. MOSE was sentenced by the ministry of cultural heritage and environment, as being harmful, and the progress stopped.

2000. The Region of Veneto appealed to set aside the judgment, won and the project was back in business.

2003. The construction of the MOSE project was initiated. The budget was now 4131 million euros.

2014. 35 persons involved in the project were arrested. Including the major of Venice Giorgio Orsoni, and the president of the Region of Veneto, Giancarlo Galan.

Today, after 16 years the budget is inflated and now it is 5493 million euros. This figure is not fully financed.

The cost at the end of the project is estimated at 7 billion euro.

The maintenance of the ports and the whole system is estimated at 95 million euros a year.

Today, after 16 years of building, there are severe problems for the project. Some say that it’s a dead-end, that it can never provide a solution to the floods in Venice. I’d like to think not. But still, there are huge issues and they’re all connected to the fact that it’s all under water, in a very rich environment with a strong current, exceptional algae- and mussel growth, and a muddy and sandy seabed. 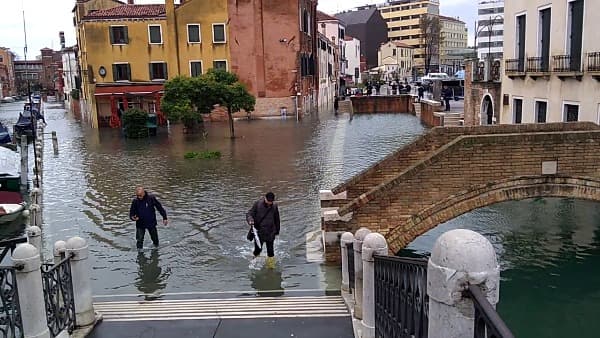 But wasn’t I supposed to write about the floods in Venice?

Yes, I’m getting there. So, maybe it was a stupid idea to try to close in the whole lagoon. Maybe it’s hopeless to try and fight the sea and the seawater. Still, in other parts of the world, they’ve succeeded in doing just that. The Netherlands has 3500 kilometers of dikes as one-third of the country is under sea level. Some as much as 5 to 6 meters under.

But it still wasn’t that I was going to write about.

I was going to write about the floods of Venice but even more about the other floods, real floodings.  And yes, I know that there has been corruption in handling the MOSE. And I know that the whole project probably is a failure from the start because all that equipment lying on the bottom of the lagoon among the clams and the mud won’t last, can’t resist the corrosion, the salt, and the detritus. I’m sure that some people definitely have made a lot of money on bribes, while others have made even more by selling services and equipment that were overpriced, useless, or simply bad business.

But in the end, MOSE won’t help us one bit.

And the reason is this: The MOSE, when operational, can handle high tides up to 3 meters, and a rise in sea level up to 60 cm. 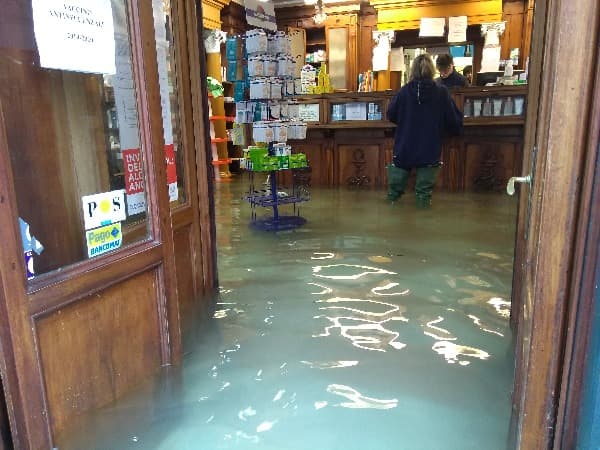 The IPCC released a report on climate change in September this year. In that report, there is a worst-case scenario that is now probable if the Governments in the world don’t commit to their promises in the Paris agreement. The probability that the increase of temperature will reach these levels has multiplied as countries now are more reluctant to respect the agreements and accept new scientific research.

In this scenario, the sea level globally will increase between 61 centimeters and 110 centimeters by 2100. In that case already in 50 years or so we could start to have the sea breaking through.

So why should we care about Venice? Why on earth is she so important? Couldn’t we just let the Venetians go down with their city…? They’re used to floodings and water in the streets anyway. Why bother? Is it only because Venice is a unique city that has been there for almost 1500 years, and it would be a shame if it drowned?

The Floods in Venice isn’t the issue, nor the MOSE, nor the corruption…

Bangkok will disappear before the new century. Bombay in India would lose one-fourth of its territory to the sea. Shanghai, Rio de Janeiro, Alexandria in Egypt will all have water in the streets… To that half of Bangladesh will be submerged, together with a big part of northeast India,  the whole southern part of Vietnam, the Eufrat-Tigris Valley,  southern Louisiana, most of the Netherlands, and the Maldives… The beautiful paradise on earth with palm trees, coral reefs, and shining white coral beaches will be wiped off the face of the earth… And many, many others of the coastal regions of the world. 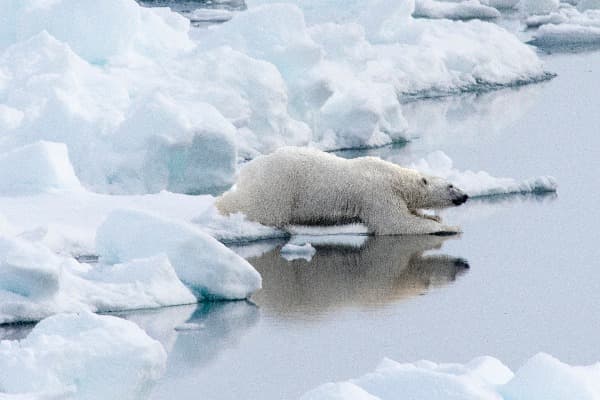 It’s estimated that by 2100, land now home to 200 million people could sit
permanently below the high tide line. The past five years have been the warmest in modern history according to measurements made by NASA. IPCC also tracks the CO2 in the atmosphere, and it’s not pretty:

To reach the goal of a 1.5°C rise in temperature by 2100, the pathway is 41 GtCO2e in 2025 and 27 GtCO2e in 2030. Compare these with the emissions targets submitted by the September report, which results in total global emissions of 52–55 GtCO2e in 2025 and 53–56 GtCO2e in 2030.  We’re not moving towards a world with less fossil fuel consumption, we’re not reducing the CO2 in the atmosphere. We’re actually not even slowing down the burning of gas, oil, and coal. We’re increasing it…

GtCO2e. “Gigatonnes of equivalent carbon dioxide”. It is a simplified way to express various greenhouse gases by expressing them in carbon dioxide that would have the same global warming effect.

So, maybe we don’t want to save the world? Maybe we just don’t care?

I don’t think that’s the case. It’s just that we haven’t really understood the gravity of the situation. I remember a neighbor of mine many years ago, who was so shocked when the sandy holiday bay where he had played as a child, and where he used to bring his children, suddenly had become a disgusting, smelling sewer for all the fertilization, chemicals and all kinds of waste that industries, farmers and privates continue to throw in the water. That was the year that he decided to paint the boat hull with a non-toxic, eco-friendly anti-fouling.

I think we are all like that. It’s different to read reports on the internet, see the figures on TV, read articles in the paper… Or actually have the sea coming into your living room. It makes you aware of how small we are and how big the world is.

So, even if you haven’t had the same experience as we’ve had this last week. And even if the being or not being of Venice may seem something that doesn’t concern you, or at least is relatively unimportant. It’s not. And it has nothing to do with Venice. And could the images of Venice under water sensitize the world opinion? Could what’s happening in Venice make the people of the world think about the world and climate change for a minute or two? In that case, it hasn’t all been just destructive and wet…

Our world is facing some really big threats, and we have to try and save it. The only way we can do that is if we work together. And the first goal should be to at least… As an absolute minimum, commit to and respect the Paris agreement. 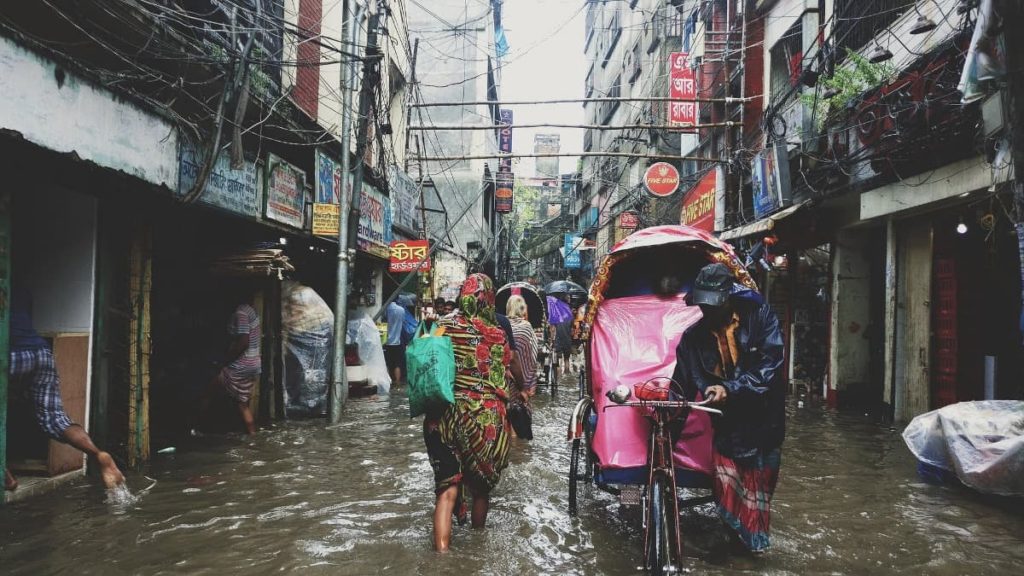 2 thoughts on “Floods in Venice”