The rooftop terrace, or as it is called in Italian; L Altana. They are visible everywhere. High up there, over the roofs, they are like bird’s nest high up in the treetops. Often they seem to defy all the laws of physics, those about gravity … Newton and his apple. Looking fragile in relation to the stable and well-built palaces below. 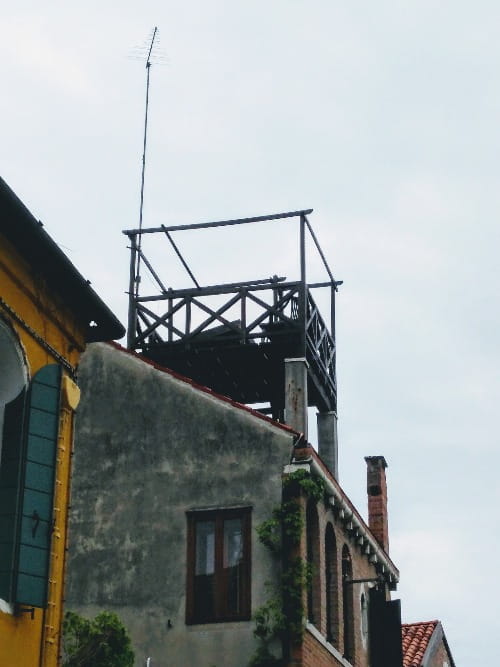 What are they for? Why are they up there? Had it not been better to build a real terrace with mortar and stone, of steel and concrete instead of that thin structure of wood?

L’Altana. The word comes from the Italian word for high – alto. And higher up than on top of the building itself one cannot be. They appeared for the first time roughly when the palaces began to become so large and stable that it was possible to build something on the roof. The first documents are from the 1200s.

It has always been very loved and appreciated by the Venetians. Down in the city itself, it was crowded. There were the diseases, which were sometimes so serious that it was life-threatening to just leave the house. Down there was also the dirt, the stench, the horses and the other animals. And there it was crowded. The streets of Venice were, and still, are, cramped. The narrowest street is 53 centimeters, Calle Varisco. 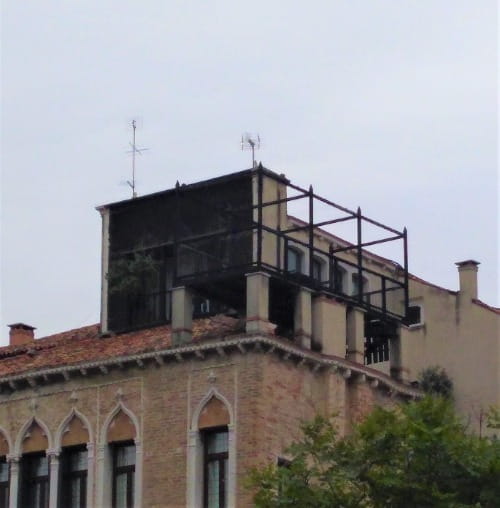 But up on the roof … There you could enjoy wide views, the wind and the sun, and the rain and the cool. It was simply a wonderful place for the crowded Venetians where they could breathe clean and fresh air for a few moments.

they were service spaces. They were there to hang the laundry, to grow some tomatoes … And to bleach the hair. There is even a name for it: Venetian blonde. The women used various home-made, but probably rather powerful, recipes. Then they went up to the Altana, put a special screen, which protected the skin of the face under the hair and let the sun do its job. The result was that the hair became brighter.

Nowadays, they are the perfect place for a spritz in good company, or for sunbathing … and not just the hair. You can also escape from the tropical heat during the summer months and even if it is warm up here too, it might blow a little and in this way, life becomes a bit more bearable.

But don’t they fall down?

No, actually they don’t. Occasionally, parts of buildings collapse, a cornerstone, a piece of the roof by faulty building techniques or material, earthquakes, or other natural disasters. But it is much more frequent that masonry terraces fall down than these wooden structures. They’re completely made out of wood. The pillars and railings can be in other materials, but the law states that the actual platform can’t be built in anything but wood. And wood is flexible and light and is maybe less subject to cracks.

Being up there it doesn’t always feel very safe though. Especially the ones that don’t have at least one brick wall to lean against. It can be a bit nervy. 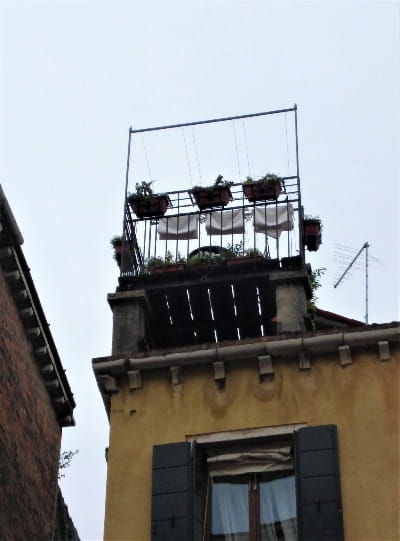 Is it possible to build a new one?

Yes, it is, and every now and then you see a new Altana up and running. But it is quite difficult to get all the permits, e.g. you have to have all the neighbors’ approval, and that alone can be tricky. Not everyone appreciates getting something above their apartment or getting the view obscured.

Italy has always had major problems with illegal buildings. It is expensive and difficult to build according to all the rules and meet all the conditions, so many build without authorization. Building a new Altana was previously completely forbidden. But the Venetians have never been a docile and compliant people. They built anyway.

Now that you actually have the opportunity to build a completely legal rooftop terrace, many have become accustomed to the old ways. The municipality has been putting the heat on unauthorized constructions for years and many are those who after a court decision have had to dismantle their beloved open space.

So the ones you see these days are all, or almost all, authorized and respecting all safety conditions. Next time you walk through Venice, look up. Because up there you have le Altane, there’s air and light … And up there you can still see some of the old Venice, the chimneys, the Venetian windows, without the souvenir shops and the tourist traps. 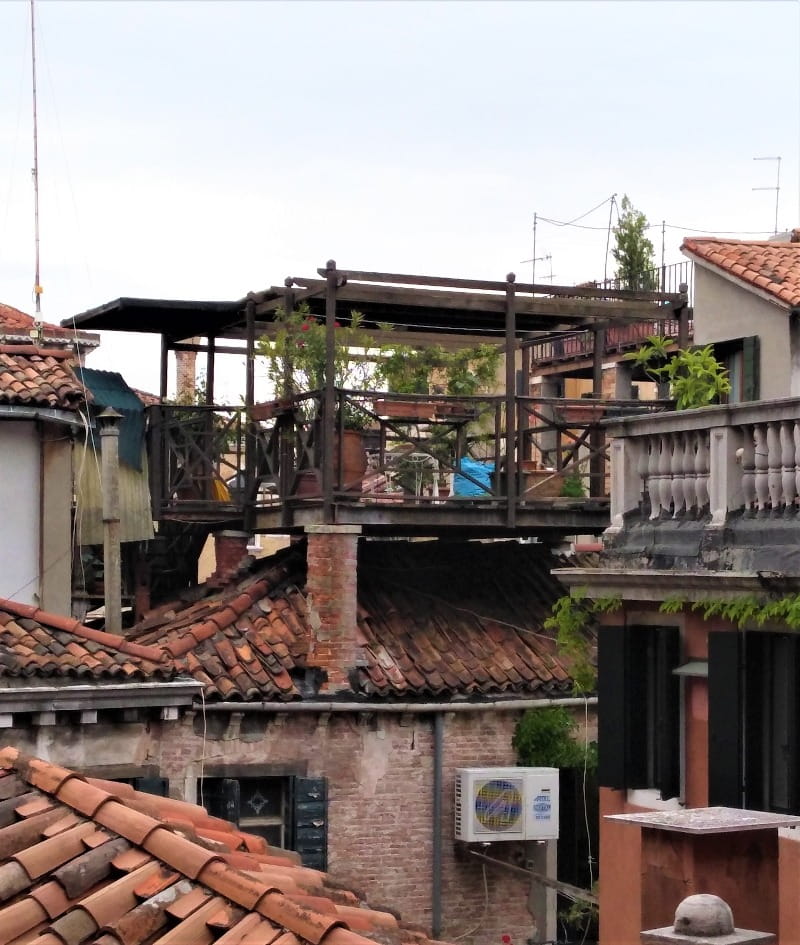