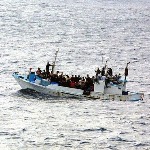 Without entering a political discussion, but acknowledging the delicacy of the matter, I just want to put some light on one single aspect of what is happening right now outside the Italian peninsula. One thing that has a close connection to Venice. The Malta Incident.

And I don’t want to enter a discussion about immigrants, right or wrong, who should accept them, how many and if they’re an asset to western countries or just a nuisance. That is not the aim of this website. But there is something else, a brand new side of the argument… And it has changed dramatically in just a few years.

The 22nd of December 2018 the ship Sea Watch 3, run by the nonprofit organization with the same name, picked up 32 refugees off the Libyan coast following a distress call. They then headed for Malta being the closest safe port. There they were not allowed to go into Valletta but had to anchor in international waters, 24 nautical miles off the coast. 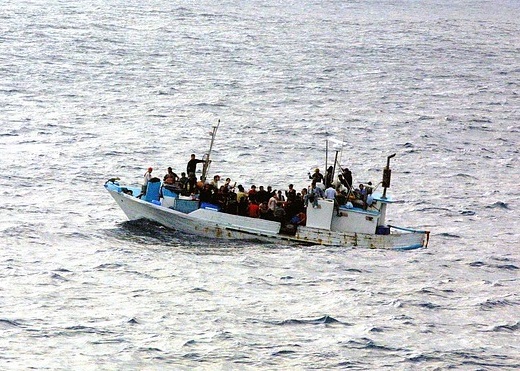 On January the 2nd a storm was approaching the Maltese waters and the ship’s safety was at danger. And this is the point… Sea Watch 3 was allowed to come closer to the island to take shelter but was still not allowed to enter the harbor.

On January the 9th the ship was finally allowed to approach the Maltese land to disembark the migrants after a deal was struck with other European countries about where to send them.

Another German ship the Professor Albrecht Penk, run by another NGO the See-eye, picked up 17 migrants on December 29th also off the Libyan coast. They also were left outside Malta until the 9th of January. And they too were not allowed to enter Valletta during the storm at the beginning of the month.

I’m not taking a stand for or against Malta accepting migrants from Libya saved from small inflatable boats. Malta cannot accept all the victims of the lucrative trafficking business. It’s not about that.

There are international laws, declarations, treaties, and the UNCLOS, United Nations Convention on the Law of the Sea. And they all state the same thing more or less. At sea, you are obligated to help others in distress. You have to do what you can to assist other ships if they call you. This is not an option, it’s not something that can be decided by the captain. It’s a duty. 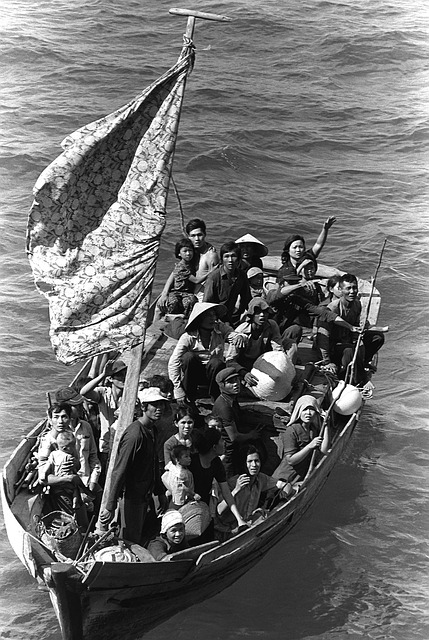 The sea is a hostile environment. As beautiful and welcoming it can be on a summers day at the beach with the sun and the breeze and the cute little waves… As frightening and terrifying it turns when the waves are so high that you can’t see the horizon anymore, the sky is dark as if it was night and the rain hits you like nails in your face. This is why we have all those rules about behavior at sea. To help each other and save lives.

Then the UNCLOS together with all the other sea laws are nothing more than rewritings of an ancient code, a way to survive in a habitat for which we are not adapted. Because we are not meant to be out on the oceans. Man is an animal of the Savannah, the Jungle, the Mountains and maybe even the Ice and Snow… But not the sea. In the water, we die.

First, we drown. Then if we survive the first minutes we still die after a while from the cold. In 40° F, you live less than 30 minutes, and even if you fall overboard in the summer, you will freeze to death in less than 8 hours. Then there is the storm, the high waves, the darkness, and the shark attacks.

No, the survival on the high seas is a matter not to be taken lightly.

And that’s the reason why we help each other.

Like we have always done. A sailor knows about the threats and he knows that without the solidarity on the sea, be it in times of peace or war, the oceans cannot be conquered. It’s the basis on which all is built.

But now all that is changing. In the Mediterranean, these ancient rules are now being dismissed. Not by the sailors, because they still know what it would mean. No, the change in direction is made by politicians and…. their voters. The ones that do not rely on the big waters for their livelihood. I claim that if what happened outside Malta would have happened 20 or even 10 years ago, there would have been a storm of protests, an uprising. But now… Now it makes sense to most people.

And what happened at Malta are just two examples of many.

Saving people at sea now isn’t obvious anymore, but subject to negotiations between politicians in various European countries near and far.

What has all this got to do with Venice?

Well, until the latter half of the 20th century, swimming was not a knowledge of every man and woman. In the middle ages, almost nobody knew how to swim, not even the sailors. And he knew that if he fell into the water he had to be saved by the others. And normally he was. Because the code told them so. 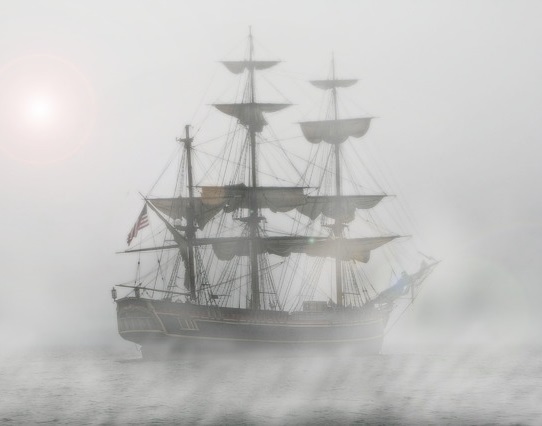 If the Venetian trade ship hit a storm outside Crete, the captain knew that he could seek shelter in the nearest harbor, because the code told him that no one would refuse a boat in distress. And if he picked up a castaway on the way he could leave him at the closest safe port. Maybe there he would then be prosecuted or thrown to the lions… But a ship in need couldn’t be left offshore, and a man saved from the sharks couldn’t be refused to enter the town from the sea. That was the law.

Without these contracts, I personally doubt Venice would ever have become Venice. Nobody would have gone far from home on adventurous journeys if the danger for life and property had been that great.

And I doubt even America would ever have become America if the insecurity about the trip over the Atlantic had been that great. I don’t think many people from Europe would have sold everything they had, invested all their money in a ticket for the crossing if they weren’t confident that the harbor on the other side would accept them. If they couldn’t count on help from other ships and distant ports if weather condition changed, or if some other disaster occurred.

If the abortion of international rules of conduct in marine environments happened a thousand years ago, we here would still be a very small village on the sandbanks in the Venetian lagoon, and the US would perhaps still write invitations to the European farmers offering them free land and a new perspective to populate the vast emptiness. 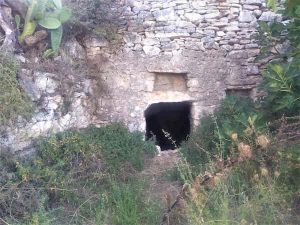