Venice’s history – Why on earth did they build a city in the middle of the water? 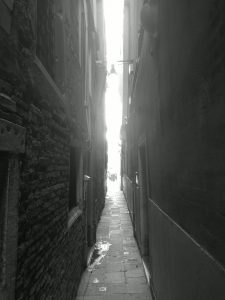 Giuseppe Verdi has written an Opera named “Attila”. Venice’s history flashes through at the end of the Prologue. There’s a scene where the fugitives from the mainland reach Venice.

The Opera tells the story of the great Hun King who conquered a major part of Europe and came down through Italy, burning, killing, and spreading fear until he reached Rome. Here he had a vision and instead of plundering the eternal city of its unspeakable richness, he stopped, prayed to the Christian God, and died.

In Verdi’s story the people of Aquileia, a small, sleepy village on the northern coast, close to Slovenia, fled into the Venetian lagoon away from all this. There they founded Venice.

Although this is not entirely correct, there is some truth in it:

When the Roman empire collapsed 395/479 A.D., a lot of different barbaric tribes came into Italy from the north. They wanted to have their piece of the cake – the wealth of the Romans. In fact, they went all over Europe, looting, and pillaging, taking what they could get. And they pushed other people further north or further south, east or west. This is known by historians as the migration period. In Veneto, the region of Venice, they came in waves, one after the other, for hundreds of years. And from living under a stable, roman organization, the citizens found themselves not knowing if they would actually live to see the next day. Or if they would still have a family, coming home from working in the fields.

Then again; for the simple farmer, it wasn’t crucial if the Master was this or that, roman or not roman. What was more important was how much taxes he had to pay, how much labor he had to offer. And if he was left at peace for the remaining of the time.  Although Venice’s history tells very little about the Huns and others of the early conquerors, we can assume they didn’t care much for taxes or labor. They probably just killed and raped and that was that.

The King is dead. Long live the King

So the first barbarians weren’t really conquering the land. They looted and stole and then, being fought by locals and Byzantine troops, they returned from where they came or just simply died. The first one who really administrated the territory, even if it was for a limited time was Attila, the Hun. He plundered Aquileia, just as Verdi claimed. Aquileia, with its enormous stone fortification, was at the time the fourth biggest city in Italy and the 9th in the whole Roman empire.

It is said that Attila was able to penetrate and conquer the city thanks to the defense wall, of which a part incidentally collapsed during the siege. If it hadn’t maybe Venice’s history would have been different. Maybe Venice even today would be a small fishing village sleeping in the lagoon far away from the historical mainstream.

Venice’s history after Attila – The Goths

After Attila came the Goths. They held Veneto until mid 500 A.D. when the Byzantines conquered it… Or took it back. The Byzantines where the remaining part of the Roman empire. With the capital in Constantinople, today’s Istanbul, they continued to dominate the Mediterranean. And they were very much present in all of Italy and, of course, in Veneto. After a few years, a new wave of conquerors came – the Longobards. At that time the locals probably felt that the safest direction was south-east, towards the new Roman capital. And that was the path into the shallow, muddy water of the lagoons. 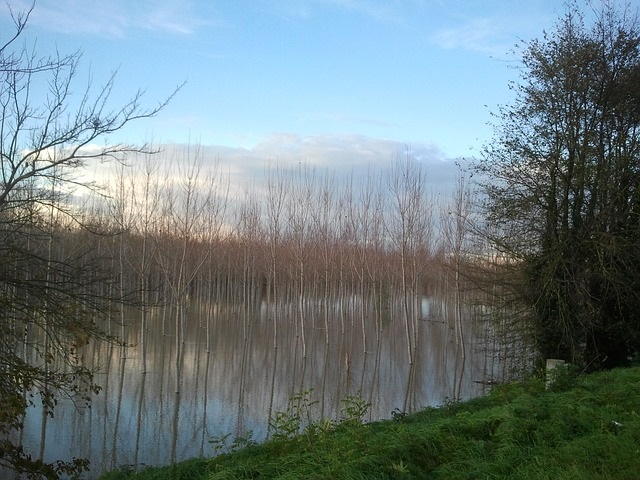 All of north-east Italy has a very low coastline. There are not one but many lagoons of various dimensions. Further south there is the river Po with its huge delta crowded with fish, birds and other sea life. The lagoons were not an empty wasteland. They where rich hunting grounds for fishermen and rangers. And they provided gold from the prosperous salt industry. So it was not like the poor civilians ran desperately into the swamp, away from the brutality of the barbarians. It must have been a much more calculated and slow transfer of people and resources from one rich part to another.

And the marshland wasn’t without settlements. For hundreds of years, the Venetians had learned to build ports, canals, and houses in the mud. Torcello was the harbor of Altino, a very important Roman town, a few miles inland. In Torcello, there were piers, basins, and warehouses, as well as residential areas. And it was all built with the same technique as the buildings in Venice, later on. Harvesting the wealth of the lagoon was well organized and very efficient.

Venice’s history after the Goths and the Byzantines – The Longobards.

Venice’s history has very much in common with the history of the Longobards.  They dominated Veneto for over 200 years, from mid 500 to mid 700.  In the beginning, they shared the territory with the Byzantines. But as years went by they gradually pushed them towards the south-east, towards the sea. So the patriarch of Aquileia moved to Grado on the coast. And as many remaining roman inland settlements were sacked, the other towns further out increased their numbers and importance, Caorle, Eraclea, Chioggia and the urban centers inside the Venice lagoon; Torcello, Murano, Rialto (…that later became Venice) and the Byzantine stronghold on the Lido island: Malamocco. And with the constant threat of the Longobards, they collaborated both military and politically.

Actually, the first Venetian republic was formed on the mainland, in Eraclea or Heraclia as the Roman name was (…it is not the same town but it’s close enough).

Venice’s history after the Longobards –  Charles the Great and his son Pippin.

The Venetian republic was already a reality and the associated cities didn’t want to give up their independence to just another tyrant. The Franks attacked from the sea and the cities on the Adriatic coast, Eraclea, Caorle, and Chioggia, which until then had been relatively safe started to become vulnerable.

It is said that the outnumbered Venetian fleet with the help of Constantinople is supposed to have defeated the frank fleet of Pippin. It was a desperate battle by courageous Venetian sailors right outside Rialto in 810.

The capital of the Venetian republic was at the time Malamocco, being the strongest fortification around the lagoon. Already in 775, the Bishops seat was moved to Olivolo, at what is now San Pietro in Castello, in Venice. After 810 the administrative center was also moved to Rialto/Venice. And with enemies coming in from both land and sea Rialto/Venice was after that never contested as the natural capital of the republic.

Every empire needs a saint, someone to call their own protecting angel, someone who confirms the rule and the legitimacy of the authority… At least in those days that was a must. The Byzantines had San Theodor. And in 828 two sneaky merchants, Rustico da Torcello and Bon da Malamocco went over to Alexandria in Egypt and robbed the Body of Saint Mark right in front of the Egyptians. They smuggled it out and brought it back to Venice. And so the republic got its own Saint, Saint Mark. Although Venice continued to be somewhat connected to Constantinople for many hundreds of years, these events made her independent. And the path to wealth and domination of the eastern part of the Mediterranean was initiated.

If you look at Venice’s history in this light, it is obvious that it was a very strategically safe place to build a city. Venice has no fortification. You wouldn’t find many medieval towns without stone walls all around, guard towers, and thick oak gates for entering and leaving. But Venice is completely defenseless. This is because there is no need for it. The lagoon is a far better defense than any stone fortification or steel bars. You can’t come from land because horses and carriages sink in the mud. And you can’t come from the sea if you don’t know exactly where the underwater channels are and when to go, and the Venetians kept all that a well-hidden secret. This is another of her many uniquenesses, a medieval city without strength… only beauty.