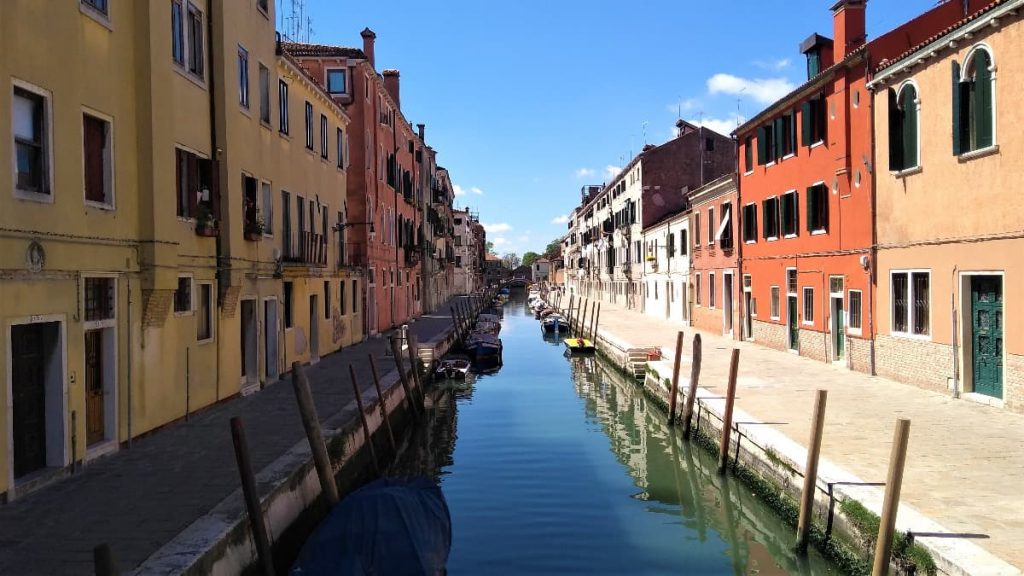 This is a page with all the numbers. The facts in a straight line for anybody who’s interested in the statistics about the city. Venice exactly as it is right now… Venezia Today.

The one and only Saint Mark’s.

Smaller than Saint Mark’s Square, they function as a central hub around which the daily life rotates. Often they are, or at least they were situated alongside a religious or other official building.

Smaller than a Campo but often still with a water well and more accesses than one.

380 Corti – Courtyards (the even smaller squares)

These are often with only one entrance. They’re a somewhat private space for the surrounding houses without passing traffic.

More or less. And they’re not really Calli, all of them. There is the Rio, the Ramo, the Salizada and more. The narrowest one is Calle Varisco, only 53 centimeters on the smallest part. The largest one is maybe Strada Nova… But hey, that’s not a Calle. In fact, it’s not. It’s a Strada – Street.

Via Garibaldi. Here’s a short blog about the fascinating area around Venice’s only Road.

Connecting the islands. They were once without railings and even without steps so that the horses could run over them without problems… Yes, there were horses in Venice, as well as cows, pigs, hens, and crops. They had to live from something.

4 Bridges on the Canal Grande

Underneath the bridges. One is so big that it’s called the grand canal:

3247 meters in length, it cuts through Venice like a big S. It’s the main transport route, from one end to the other and from one side to the other.

Almost every Campo, Campiello, and Corte has one. It was once the life-supporting heart of the neighborhood. From 1845 when the new bridge to the mainland was completed and the aqueduct could start bringing fresh water to Venice from the river Sile, the wells were all gradually closed and sealed. Read this if you want to know about Venice sinking-problem

Cannaregio, Castello, Dorsoduro, San Marco. San Polo, and Santa Croce. The surrounding areas are all part of one of these districts. Giudecca is part of Dorsoduro, San Giorgio Maggiore is part of San Marco and San Michele, the cemetery, is a part of Castello. 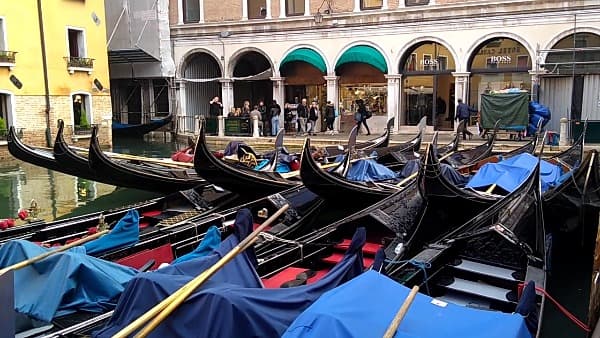 and around 160 substitutes who don’t have a personal license but are working when the ordinary Gondoliere for some reason is unavailable.

in Venice. Because there are actually a few outside the city. On Lido, the other islands and even a few on the mainland, in the various canals around Mestre.