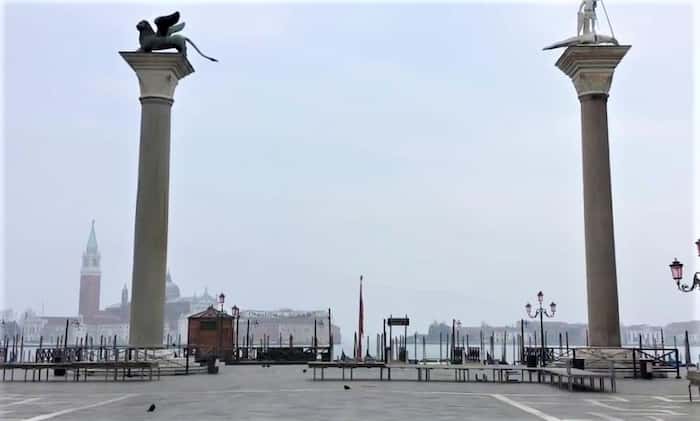 The Coronavirus in Venice – Alone at home.

Coronavirus – Venice, how are we doing? Well, I have my family, but sometimes not even that is encouraging. The children are doing their school at home. If you’ve ever had two kids, both trying to follow a completely uninteresting lesson on a 14” screen, both rather playing video-games or go outside, then you’d know what I mean. It’s a war.

And although I love my wife, and I love my kids… After a few weeks, I wouldn’t mind seeing someone else too. Even one or two of my colleagues, or my very disagreeable boss, would do. Just to have some variation to the monotony. 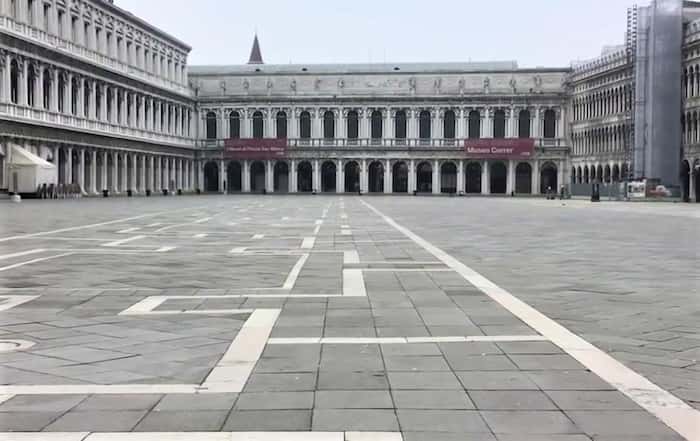 Yesterday we organized a picnic: We packed the lunch in two large baskets, then we walked from the kitchen to the living room, bathroom, bedrooms and back to the living room, where we unpacked it all and had our meal on the sofa. Unfortunately, someone dropped tomato sauce on one of the cushions.

The canals are crystal clear, the air is easy to breathe. And swans and dolphins swim around in Canal Grande….

No, that’s not true. It’s a piece of fake news.

Swans do exist in Venice, and they were there even before the coronavirus. But they generally don’t come into the smaller canals. In calmer parts of the lagoon, they breed and live happily. 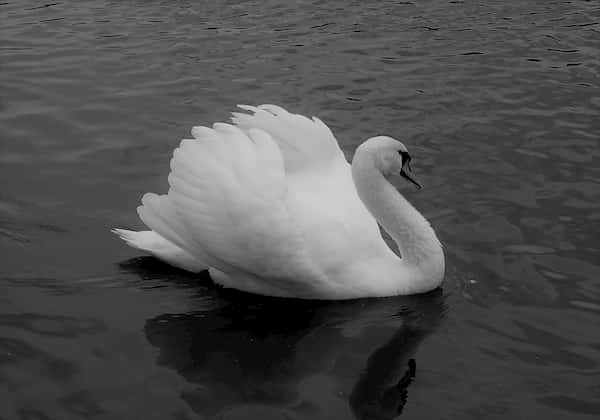 This is the result of a project that started already in the 80s. They collected funds from, mostly, the Venetian citizens, and activated an awareness campaign principally among hunters. Then they simply bought swans and introduced them to the lagoon, mostly the southern part.

From there the swans spread and after some time they had gone over a large area, even in the northern part of the lagoon.

Now, these swans can be seen even in Mestre, and obviously they go into Venice as well… Even though it’s a rare sight.

But there are no dolphins.

Dolphins can be spotted anywhere in the Mediterranean. They are more common in certain parts and less common in others, but no dolphin has ever been seen in Venice. It has very little to do with the water quality, but with the fact that they stay out in the open sea… Just like the sharks do.

I can’t deny that there’s something very attractive about Venice these days. The complete calmness, the silence, the slowness, the waiting… 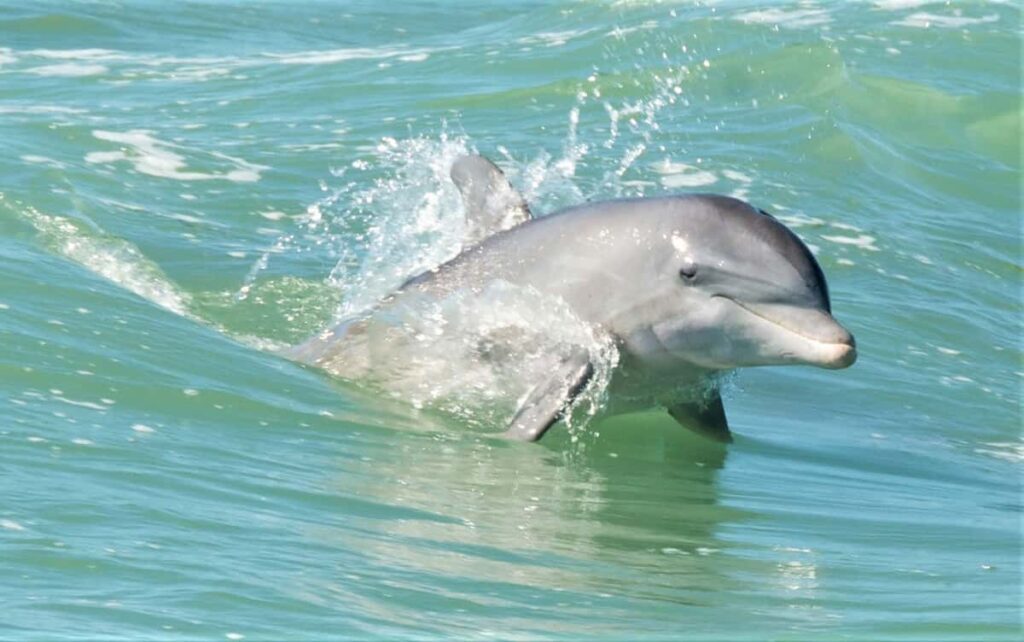 Not that we go out, but even indoors, it’s as if the world is further away, yet closer. The normal street-sounds have made place for a much more subtle background audio carpet. Barely noticeable and with a completely different output.

The coronavirus has changed Venice in that way too…

The click, cluck from the water in the canal.

Or the sssshhhwwosh when something big passes.

Split, split when a small animal (…rat) swims there.

SSssss from the wind.

Klonk, klonk from feet on the marble. As until now, every now and then someone walks by, heading for the supermarket, or just walking the dog.

Coronavirus, Venice, Italy, Europe and the rest of the world

I’m very disappointed with my fellow European countries and their governments. I’m sorry if I offend somebody, but I have to tell you what I think. And I’m absolutely convinced that I’m right about this.

If you have, let’s say, an infestation of bugs. Nobody, in his right mind, would reason as almost all the world’s leaders do in this case… Let’s wait and see. If they spread, we just put small quantities of insect poison and as time moves on we put a little more. Just so that the problem doesn’t escalate.

No, what you should do is kill them as soon as possible. Everybody knows that the longer you wait, the more difficult it will be, the longer it will take, and the more poison you have to throw around.

But why are you so slow, so immensely slow?

The Coronavirus started out in China. The first documented case was already on December 1, 2019, in Wuhan, China. After that, it spread. On 30 January, the WHO declared the outbreak to be a Public Health Emergency of International Concern. On 24 February, WHO continued saying the virus could become a global pandemic due to increasing numbers of cases outside China. 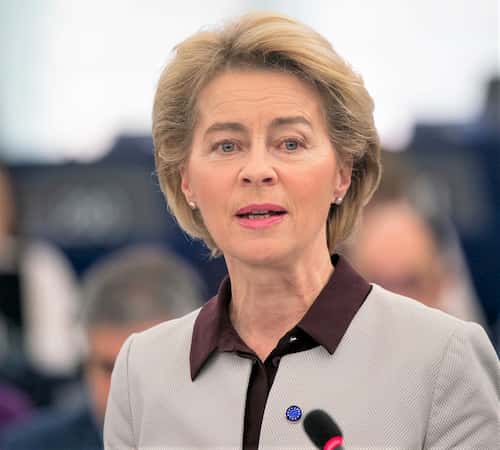 March 11 the WHO declared the COVID-19 outbreak to be a pandemic. At that point I was already at home, isolated, since 1 week. The day before, Italy had closed down most activities, including schools, restaurants, bars, and more or less everything else, where people meet or stay close to one another.

Coronavirus, Venice and the president of the European Commission.

The same day, March 11, the president of the European Commission, Ursula von der Leyen, spoke to the Italian people saying: “Your effort and example are valuable for all European citizens. In Europe, we are following with concern but also with deep respect and admiration, what you are doing.” She then continued saying that the European Commission” will do everything it can “to support Italy”.

Now, a little more than a week later, in Germany, France, Great Britain and many other countries, the situation is identical to what it was here then. Wouldn’t it have been better if, instead of helping Italy in the Italian crisis, they, themselves, would have learned something? Wouldn’t it be better if someone in Berlin, in Paris, or in London actually would have read the statistics, and studied what we do here, what South Korea is doing, and what China has done to flatten the curve…?

And when President Trump says the COVID-19 is nothing more than a flu (…and many other state leaders with him, Many have compared the two diseases, and put the death figures of a normal seasonal flu on the table. As if it mattered.), and it will disappear in spring… Then we have to wonder,

WHAT PLANET DO THESE GUYS COME FROM? Johnson, Trump, Merkel, Macron and all the others… Where have you been? And didn’t they have TV and internet there so that you could follow what’s been going on for months in other parts of the world?

For God’s sake, Do your homework!

You just have to look at the figures, the curves, and the statistics, and you understand that it is the same situation everywhere. The disease works its way through the population in exactly the same manner wherever it is… In China, in Italy, in the US, in SouthAfrica, in Bahrain and in Iceland. The diagram is almost exactly the same.

Another thing you should understand is, the earlier you start the pest control, the better it works. You can’t wait!

Now, finally, most countries in Europe have woken up. And the US starts to seal the cabin. But you could have done it weeks ago. When you saw what was happening in Italy, you could already have foreseen what was coming and taken action. That would have saved many lives, it would have shortened the outbreak, and it would have had a lesser impact on the so eagerly fondled national economy.